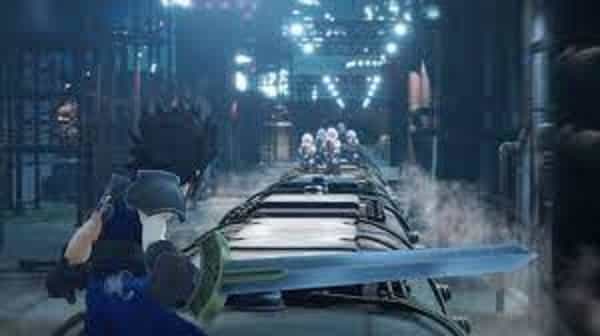 Susumu Fujita, the creator of CyberAgent, announced the game would be released sometime within the company’s fiscal year. Which ends on September 30 this year. This information comes from gamebiz.jp.

Every Crisis is a free-to-play episodic mobile game that will reimagine the Final Fantasy VII Compilation series. It’s not the 2020 remake that everyone is familiar with, but the original 1997 game plus more.

The episodic game will not only have a modified Final Fantasy VII. But also additional titles like the CG film Advent Children, Crisis Core, Dirge of Cerberus, and even Before Crisis. Which was previously only available in Japan.

In comparison to the original game, Ever Crisis will feature character art in the conversation in a much more beautiful 3D visual style. Although nowhere near the remake’s quality. Every Crisis will have the Active Time Battle and Materia system, which looks very similar to the remake but with pre-rendered scenery and a smaller screen size in mobile gameplay.

Later this year, the first chapter of Final Fantasy VII Ever Crisis will release for iOS and Android smartphones. The free-to-play title will have gacha features in the form of random weapon and clothing options. There’s no indication yet on whether more platforms will release.