The internet is squealing over Scarlet and Violet’s Lechonk. 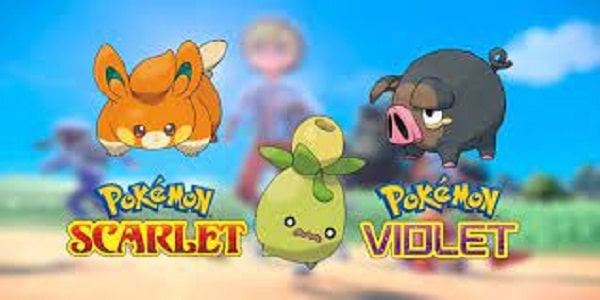 The internet is squealing over Scarlet and Violet’s Lechonk:  The most recent Pokémon Scarlet and Violet teaser showed a lot more about the game, including two new professors and a slew of new cute animals. But there’s one character in the new teaser: Lechonk, a cute little pig.

Lechonk is a simple hog Pokémon, according to the Scarlet and Violet website. But it’s so much more on the internet. As seen by countless hilarious examples on Twitter, this plump little piggy’s meme potential is off the charts.

First up, @siminiedoodles has swapped Officer Rosa Diaz’s new puppy with Lechonk in a classic Brooklyn 99 joke. Although the piggy Pokémon has reused many times, it is deserving of inclusion in the club.

The internet is squealing over Scarlet and Violet’s Lechonk

To display her new love for Lechonk, @RedHotHead_ used the famous “friendship ended” meme by using the rewind button. As a result, Wooloo, the roly-poly lamb from Sword and Shield, has lost his position as best buddy.

Finesse also expressed her want to pet and hold Lechonk. Although the hog is not to scale in this one, the emotion is evident. The Lechonk is something we should all treasure.

Lechonk seems to have swayed some opinions of Scarlet and Violet as well. @TheKimersonShow utilizes a cartoon to highlight a new interest in the future Pokémon games in a lighthearted manner.

Finally, instead of joining the squad, @drizzlingprince tweeted an unrelated video clip of Lechonk grabbing a Pokéball and doing circus acts. Unfortunately, the latest teaser shows stealth-catching aspects in action, so it’s up to Game Freak to make this joke a reality.