An Impressive Tyranitar Drawing by a Pokemon Fan 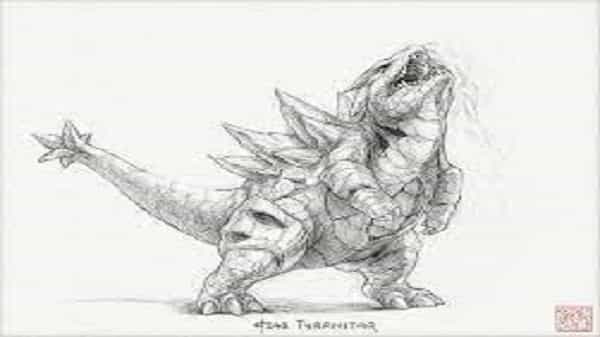 An Impressive Tyranitar Drawing by a Pokemon Fan:  Many artists have been influenced by the Pokemon series, illustrating many of the pocket monsters. In addition, gamers love to create fan art of their favorite Pokemon.

While a new Pokemon generation is coming, many fans still draw characters from past games. As the series moves forward, fans display their love for the previous games, with one artist painting the pseudo-legendary from the Pokemon Gold and Silver era.

A Redditor named Kalseru_ submitted a drawing of Tyranitar. The sketch is part of an artist’s series on Pokemon. While the piece appears simple, the shading method adds depth.

An Impressive Tyranitar Drawing by a Pokemon Fan

Kelseru_ captured many of Tyranitar’s details in his drawing. For example, the Pokemon is shown roaring and flailing its tail. In addition to the spikes all over the Pokemon, Kelseru_ beautifully captured the pattern on its chest and stomach. It’s a lovely drawing that shows a lot of love for Pokemon and talent.

Kelseru_ gets a lot of appreciation for their Tyranitar drawing. Many praises the piece and the artist’s talent. Many people like the style of art and have suggested which Pokemon Kelseru_ could draw next. _Kelseru_ inspired one commenter to create Tyranitar, albeit they will have to use the artwork as a guide since they are not adept at drawing.

Tyranitar debuted in Gold and Silver. The Pokemon evolves from Larvitar and Pupitar. It is a Rock/Dark-Type, unlike its predecessors’ Rock/Ground-Type. It can smash mountains and is ready to challenge adversaries due to its hardy body, according to the Pokedex.

Tyranitar’s Mega Evolution in Pokemon X and Y saw it grow more gaps in its armor, spikes on its tail, and a larger body. In addition, the scales on its belly turn crimson during Mega Evolution, presenting a sinister face.
Scarlet and Violet are coming to Nintendo Switch in 2022.