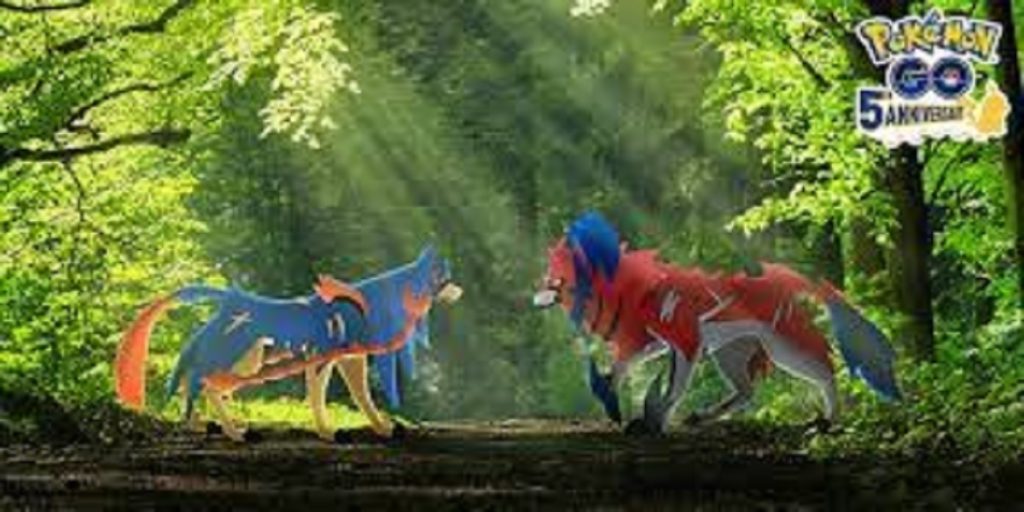 Bug Out PWC Zacian and Zamazenta raids return in August:  Pokémon Go‘s Season of Go is coming to an end, and there will be several events for players to participate in. The Bug Out! event, which will emphasize Pokémon of the Bug-type, is one of the noteworthy returns for August.

After this occasion, Niantic will host an in-game celebration to mark the debut of Pokémon Go at the Pokémon World Championships. In addition, five-star raids will once again include Zacian and Zamazenta.

The Bug Out! event, which also appeared in 2019 and 2020, is coming back for the third time. Dwebble, Crustle, Scyther, and Scizor are just a few of the shiny versions of Bug-type Pokémon that have introduced in previous years.

For this event, we anticipate a similar pattern, with further information to be released later. It will take place from August 10 through August 16.

The Galarian Zigzagoon Community Day will take place on August 13.

Niantic will commemorate Pokémon Go’s debut during the Pokémon World Championship on August 18. Players unable to participate may anticipate a huge celebration, and we’ll learn more information as the day approaches.

Hopefully, several unique competitive Pokémon will make their appearance. The
From August 18 through August 31, Zacian and Zamazenta will be making a comeback in five-star raids.

Unfortunately, these Pokémon won’t appear in their shiny forms, so you will need to team up with other trainers to defeat them. A Genesect with a particular drive will, however, arrive from August 10 to 18, while Palkia will be accessible from July 31 to August 10.

While Genesect may be found in five-star raids, a new gigantic Pokémon should make its Mega Raids debut. Sadly, we don’t know much about which Pokémon it will be.

Niantic has now released a few amusing facts to wrap out the Season of Go, but nothing crucial. We’re still lacking a lot of detailed information that we want to learn about after Pokémon Go Fest: Sapporo, which took place from August 5 to 7.

Another set of Ultra Unlock benefits will be available; these extras may improve the Bug Out! or Pokémon Championship event. It should enable the glossy Zacian and Zamazenta forms.

We hope Niantic has something spectacular planned with the unexpected reveal of Galarian Zapdos, Galarian Moltres, and Galarian Articuno.