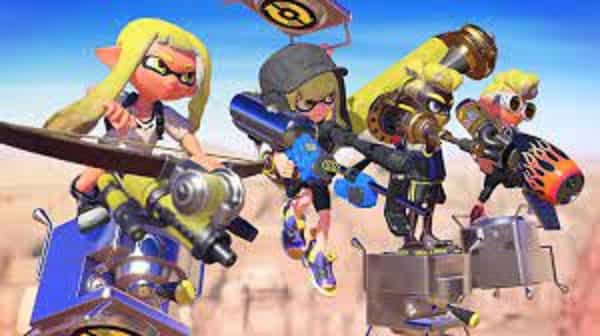 As a bonus, Nintendo tweeted a picture of one of the game’s new stages, Eeltail Alley. This shows off how the game’s 4v4 Turf War gameplay works. We also saw the stringer, a new bow-shaped weapon that lets inklings sling ink sideways and vertically.

A mix of new and old stages will be used in the multiplayer mode, where teams will fight on an inked-up field. Also, the game will have a single-player campaign. In this campaign, players will “join Agent 3 to fight against the unruly Octarians and learn the truth about a mysterious place called Alterna and the Fuzzy Ooze.” As a co-op mode, Salmon Run 2 will also be back in Splatoon 3.

This is the first time Nintendo has released a new Splatoon game. Splatoon 2 release on the Nintendo Switch two years ago, only two years after the game release on the Wii U in 2013. Splatoon 3 announce back in February 2021. It had a desolate, post-apocalyptic look for the game. People who live in Splitsville call it the city of chaos. The game will take place there.