How To Get Inside Divine Tower of West Altus in Elden Ring? 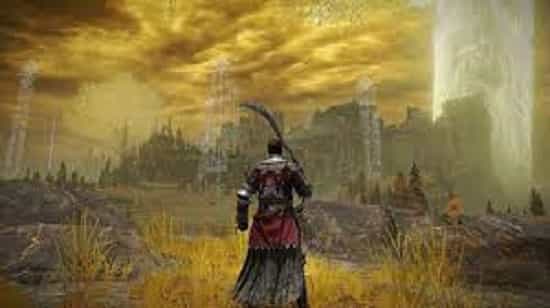 Get Inside Divine Tower of West Altus in Elden Ring:  Many places within Elden Ring lock-off due to doors or levers, glyphs, walls, or other mechanisms. As a result, many players go for long distances along obscure paths only to be met by a tightly closed gate.

The players who ended up exploring the area around Leyndell, Royal Capital, may encounter a place called”the Sealed Tunnel. If you have made your journey through this area will discover a small pathway across the other side of the boss’s room that leads to the enormous Divine Tower in West Altus.

If the players walk through the massive iron doors and not having meet the minimum requirements conditions, the door remains closed. This is the best way to enter The Divine Tower of West Altus in the Elden Ring for those who aren’t sure how you should do next.

Get Inside Divine Tower of West Altus in Elden Ring

The first step is to make your way to The Divine Tower of West Altus. Unfortunately, the location is pretty well hidden because it situates in the mountains South of Leyndell, Royal Capital.

To reach the cave, it is necessary to go towards The Sealed Tunnel. The easiest method to get to this cave for players who are yet to explore the shelter is to begin from The Outer Wall Phantom Tree Site of Grace close to the Southwestern walls of the Royal Capital.

You can head to the Southwestern walls of Royal Capital and head Southeast towards the top of a cliff. Then, walk through a ramp-like section of terrain, which leads to a muddy gap.

From there, the players can continue South towards the imposing rock wall, from which they’ll eventually find the tiny opening to the Sealed Tunnel. Sealed Tunnel.

Tunnels are easy and relatively straight, but it’s vital to remember that there are many illusionary walls that players have to break to get further into the space. For example, when players reach an area where they have to leap down a few branches of a tree, they’re near the room where bosses are.

After defeating the Onyx Lord, the players will be able to go to the other side of the boss room and enter the door leading with The Divine Tower of West Altus. There’s a Site of Grace here, but players who haven’t defeated the boss of their choice will confront with an unlocked door.

While the route towards the Divine Tower of West Altus can be a bit confusing for certain people, the process to open it is easy. The players will only need to go through the Volcano Manor quest line until they have defeated Demi-God, Rykard, Lord of Blasphemy.

Players can use this guide to get to Volcano Manor to begin the quest. When they’ve completed sufficient “hunts” for Tanith, she’ll allow them to find an audience in the presence of Rykard himself. Then, in defeating the Demi-God, they will reward the players by giving them Rykard’s Great Rune.