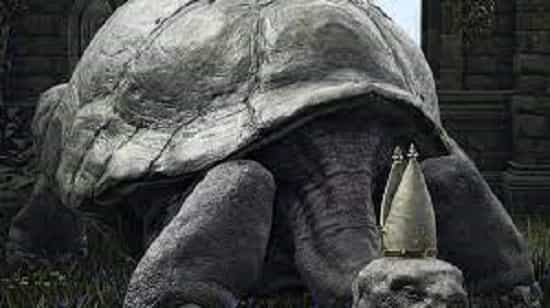 Elden Ring Player Kills Pope Turtle Miriel: Elden Ring is a game in which every decision counts and where you can kill most NPCs, unlike other games. Miriel is one of the most beloved characters From Software has ever created. Fans are furious that one player killed him.

Each From Software game has a lot of dark NPCs, bosses, and other creatures. However, Miriel, a warm-hearted turtle, is a refreshing contrast.

Another type of character can also help you in battle.

Make sure to understand how to complete Alexander’s questline in Elden Ring and obtain his powerful talisman.

The entire situation VG_Crimson was explained as a test, which explains his actions. He did it all so that no one else would have to wonder what happened.

Miriel has a large health pool, making it very difficult to kill. Therefore, he discourages you from trying and tells you that he can’t kill. This is false.

After being hit repeatedly, he says he won’t retaliate against you and will never do this to you. He is a gentle soul indeed.

If you can defeat him, he will cry and scream in pain. In addition, you will receive turtle neck flesh and Miriels bell Bearing as a reward for defeating him. Not worth it!

The comments show that players are not outraged, but they don’t react negatively. Instead, they comment in a humorous and sophisticated way on the situation, using statements such as:

Miriel is kind and essential to everyone. He can also read your prayer books and sell you new, amazing incantations.

A list of all known Elden Ring incantations is available.

Some are simply OP. This is especially important for faith-building.

You can see more turtles in Elden Ring by visiting How to Solve Tetsu’s Rise Puzzle involving three Wise Beasts.