How to Drop Weapons in Halo Infinite 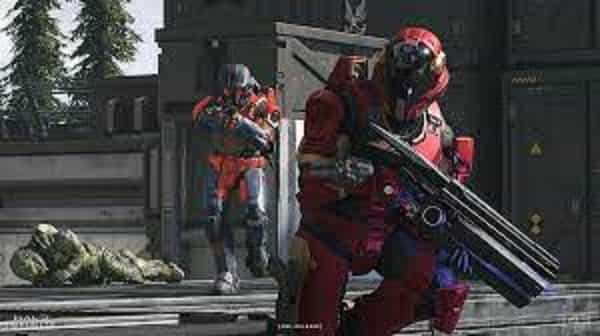 Drop Weapons in Halo Infinite:  When things get tough, and supplies are running low in Halo Infinite, dropping a weapon for a teammate might be a good idea. The latest game in the series adds a new feature that allows players to drop weapons without swapping them out for something else nearby.

Rather than switching between your two equipped guns, you can drop them with a single button press. In this short guide, we’ll show you how.

How to Drop Weapons in Halo Infinite

Hold down the equip button, set to Y by default, to drop weapons in Halo Infinite. This will drop any weapon in your hands, leaving you with the holstered weapon.

In other words, instead of your secondary weapon, your primary weapon will drop. Any player can now pick up the weapon that was dropped. If an ally picks it up, you’ll get the “Do You Even Gift?” achievement.

This feature comes in handy when a squad enters a weapon room with a new arsenal to explore. You can now toss whatever weapon you have to them rather than swapping them on the ground.

This is useful for those who don’t want to use a microphone when speaking with teammates. If a message needs to be communicated without having to type it out, a feature like this can be extremely useful.

When dropping weapons, keep in mind that you’ll always have one weapon. You won’t be able to fight with your fists if you go into battle empty-handed. Even if you have a Repulsor with plasma grenades, you’ll need a gun.

Your character will not automatically pick up your weapon once you’ve dropped it. You’ll have to pick it up manually, convenient if you want to litter and keep fighting. Be careful where you place them on the battlefield; you never know who might pick them up and shoot you in the back for the victory.