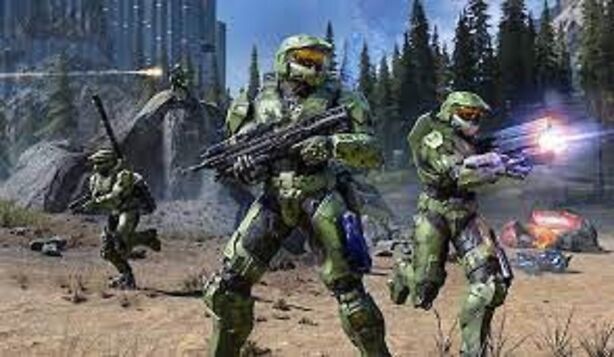 Halo Infinite art director departs 343 Industries:  It’s not unusual for developers to quit a firm, but when many prominent individuals do so within a year, it raises concern among supporters. For example, Jerry Hook, the chief of design for Halo Infinite, departed 343 Industries in May 2022, which alarmed fans since it followed a run of problems with the game.

Bouvier tweeted, “All beautiful things come to an end. “After working on Halo for over 14 years, I’ve decided to look for options outside of Microsoft and 343 Industries.

It’s been a wild trip, and I’ve enjoyed every second of it. Best wishes to 343; you guys are and always will be fantastic.

A concept drawing for Halo Infinite that embodies Bouvier’s efforts on the series include with his message. In addition, fans’ responses in the comments are replete with other creative examples. Including pictures of spacecraft, scenery, and weaponry created under Bouvier’s supervision.

Although the trend of departures is undoubtedly discouraging for some Halo fans. Bouvier’s release is receiving more sympathetic reactions than many of his predecessors. But, of course, infinite will go on without him. The cooperative campaign network test flight is available for download right now.

While we are unsure of Bouvier’s plans, we are aware of at least one brand-new project from a different 343 ex-pat. In addition, the Hook has launched Jar of Sparks, a NetEase studio in the United States.

“To build a new generation of narrative-driven action games, with immersive settings that will fill with experiences that gamers will want to share,” is the team’s stated mission. Soon, Jar of Sparks will begin seeking talent from all across the globe.