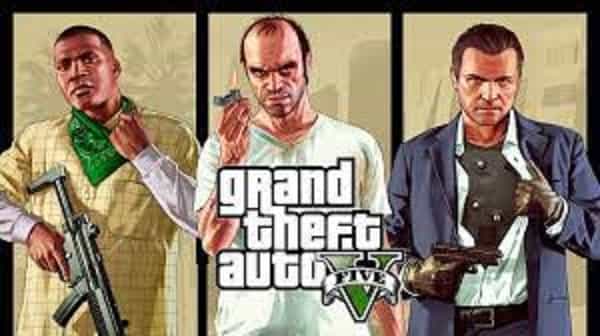 GTA Online Players Live Out Their Top Gun Dreams: Since its release in 2013, jet planes have been a popular feature in GTA Online, slipping into Fort Zancudo to steal a Lazer serving as a rite of passage for would-be crimelords.

Despite being the preferred vehicle of many griefers. Jets continue to maintain a special place in the hearts of many gamers, as seen by a recent Reddit discussion.

One of the reasons for this is because each of GTA’s aircraft provides an opportunity to fulfill a Top Gun-style dream, with a mission linked to the Humane Labs Heist probably offering the most concentrated dosage of Tom Cruise-Esque aviation-based excitement, owing to its music.

On the road to the Danger Zone in the GTA

User cosmic-orca started a post in the GTA Online forum, showing a video of them flying a Hydra aircraft in one of the heist’s prep tasks. At the same time, a Kenny Loggins song played on their sound system. Captioning the video: “it was nice to hear Danger Zone in the hydra prep for humane laboratories.”

“This is my favorite Easter egg in the whole game,” user Verb NounNumber said of the aviation admiration. “It made me grin the first time; excellent track for the situation,” ze ex 21 said.

In single-player, the same thing happens when ‘If you leave me now’ starts playing as you’re handing Patricia back to Madrazo. While Trevor sobs, the music is perfect.”

Meanwhile, user 2Gross2Chu said that including the song in the assignment enabled them to demonstrate their psychic abilities, saying. “(the) first time I listened to this and realized what we had to accomplish. I told my team ‘If they don’t play Danger Zone, I’m resigning.'” It’s the tiny things…” “You nailed it, and it’s the little things…”

User Hero of Hyrule, on the other hand, expressed disappointment with the surprise, saying, “My only complaint is that it doesn’t play until after the dog fight when you’re flying away,”. To which ChickenFlats replied, “I will politely disagree and say. That I thought it made for a great and unexpected reward for completing the (hard part of the) mission.”

When you grab the Valkyrie from Merryweather, why doesn’t Fortunate Son start playing? It was in the game at the time, and it could’ve been fantastic.”

Aricamp may have a point since the Danger Zone moment seems to have left an indelible effect on newcomers to the Hydra task and those who have played it hundreds of times.

So, if you want to be a pilot, return to GTA Online, go straight for the Hydra assignment. And stay tuned for more GTA Online news when new content is published.