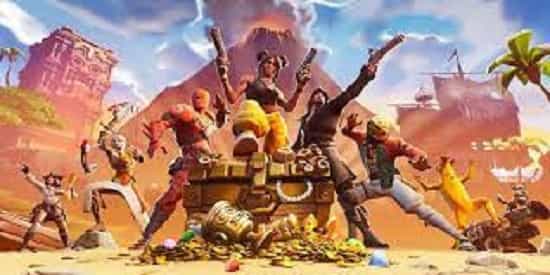 Doom and Family Guy Skins for Fortnite Leaked:  Fortnite‘s popularity has made it a magnet for some of the largest pop culture franchises. The Marvel Cinematic Universe, Borderlands, and many more include skins and other cosmetics for players to show off their fandoms. According to a recent leak, Family Guy and Doom content will be coming shortly to the game.

Since its debut in 2017, Fortnite‘s battle royale has seen players shoot and build their way to victory on the colourful island battleground. Since then, new seasons have adjusted the island and game mechanics to keep the game fresh. Resistance’s current season features a no-build option that focuses on combat skills rather than building walls or new paths.

User Polaq sent two pictures from Epic Games’ Unreal Engine 5 showcase broadcast with the probable leak. It is possible to see a list of files on the right-hand side of the image, which are all on different monitors. The words Doom and Family Guy may see among the game files listed in Polaq’s zoomed-in screenshot.

The endurance of Family Guy makes it a viable choice for Epic to using as a cosmetic factory for Fortnite. The Griffins would be an excellent place to start, as Epic could include Peter and Lois from various eras. Such as their youth or Peter’s time with the New England Patriots. Despite their popularity, characters like Stewie and Brian may be challenging to suit because most skins appear to have relatively similar hit-boxes.

Since the debut game in 1993, the slayer has had many variations, all with a similar design. Epic may produce a Fortnite skin for the current version, which debuted in 2016’s Doom. Doom would also complement other game brands’ content, such as Borderlands and 2018’s God of War.

There are versions of Fortnite for Android, Nintendo Switch, PlayStation 4, and Xbox One X/S.