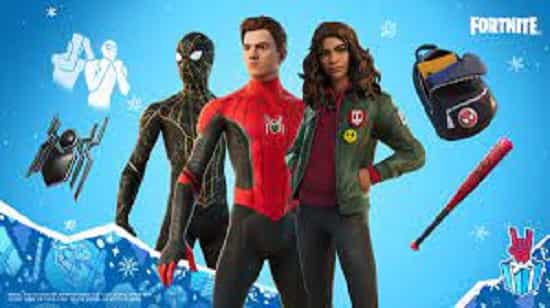 Mary Jane Watson’s Fortnite Skin:  There aren’t many games that do crossover content and Fortnite, but there are a few. For example, there have been a lot of video game crossovers. Still, none have been as big or ambitious as Fortnite. Which tries to tie many of its crossover elements into the game’s ever-expanding storey line.

It has been a staple of the Battle Royale genre since the game release in September 2017. Players fight for control of who can be the last person left alive.

People have been talking about how the series takes place in a vast universe that includes characters from many different games, like Alien, Street Fighter, Halo, and even Star Wars.

This has turned into a meta-narrative idea.
Fortnite has a lot of characters from both the Marvel and D.C. universes that show up again and again. With DC’s canonical comic series, Batman joins The Foundation, and Marvel had a special Battle Pass for Fortnite Chapter 2 Season 4 that was only available to people who played the game with the Battle Pass.

These crossovers have been going on for a long time now. With a few characters showing up in each new Battle Pass. Like Venom and the Green Goblin, many Spider-enemies can find in Chapter 3, Season 1. Spider-Man is also in the game’s item shop. And now, it looks like some of Spidey’s friends will also be playing the game.

A post from a well-known good leaker said that Mary Jane Watson, Peter Parker’s long-term love interest, will be coming to Fortnite as a new character skin. There haven’t been any other details about the character’s inclusion, from new back bling to pickaxes, that have made public yet.

This isn’t the first time that Mary Jane has been in Fortnite. The Zendaya version of the character from Spider-Man: No Way Home was in the game with a new Spider-Man skin based on Tom Holland’s performance to promote the movie. This version of Mary Jane, on the other hand. Looks more like how the character looks in the comics and is an excellent match for the art style of Fortnite.

When there are a lot of comic book characters coming to Fortnite soon. As a possible collaboration with D.C.’s Batman, it will be fun to see another well-known Marvel character join the fight.

It is now available for P.C, PS4, PS5, Switch, Xbox One, and Xbox Series X/S. You can play Fortnite now.