Warzone and Call of Duty: Vanguard New Attack on Titan content has been added. 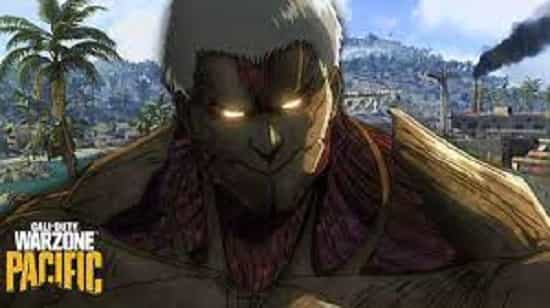 A new announcement said that more content would be coming from the collaboration between Call of Duty and Attack on Titan. Call of Duty: Vanguard and Warzone players will be able to buy a new bundle today, February 22, and it will work for both games. Attack on Titan – Armored Titan Mastercraft Bundle is the name of the new content added.

If you buy the bundle, you’ll get ten new items for either Call of Duty: Vanguard or Call of Duty: Warzone. The new ten items include an Ultra-rare Mastercraft Weapon Blueprint and the Armored Titan Operator skin for Roland Zeimet from Task Force Barbarian.

Users of the new Attack on Titan skin can wear it in both games to look like the Armored Titan from the TV show. We will have an Ultra Weapon Blueprint, two Legendary Blueprints for different kinds of weapons, and other things.

Many other things can make for both Calls of Duty games, Armored Titan Mastercraft Bundle. The “Armored Strength” Assault Rifle Weapon Blueprint is the first one. It looks like a Titan’s skeletal flesh with red tracers.

The bundle also comes with the “Paradise Lost” animated emblem. Which moves between the three walls protecting humans from the Titans in the Attack on Titan series.

These three walls are Wall Maria, Wall Rose, and Wall Sina, and the emblem moves between them. With the new Epic “Titan Serum” Charm and “Wall Titan” Spray. Players will be able to make their weapons even more unique with these new items.

In the bundle, there are three Legendary items that players can get. They are called the “Die-urinal” Watch, the “Thunder Spears” Calling Card, and the “Unstoppable Force” Highlight Intro. People who buy the bundle will also get a 2XP Token that they can use in both games.

The post says that the new Armored Titan Mastercraft bundle made because the anime adaptation of the Attack on Titan manga series is nearing its end, which is why it made. Players can watch the last two episodes of Attack on Titan on Crunchyroll and Funimation.

They can also start playing Call of Duty: Vanguard and Warzone with the Armored Titan skin and other items.

You can play Vanguard and Warzone on PC, PlayStation 4, PlayStation 5, Xbox One, and Xbox Series X/S right now. You can also play them on Xbox One.