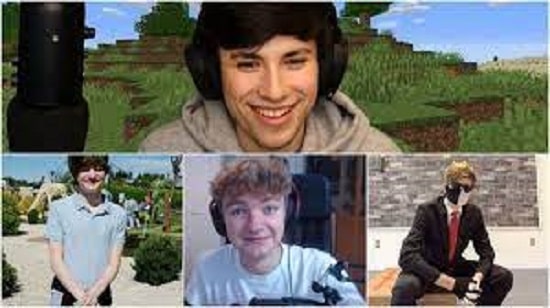 Minecraft Streamers on YouTube: Love Minecraft, but you can’t find a good streamer on YouTube to watch. What should you do? We understand how you feel. Here are the five best streamers for Minecraft on YouTube.

This list of the best gamers to watch with your family or alone. They’re sure to make you happy when you watch them play.

Dream is one of the most well-known YouTube Minecraft streamers. After eight years on YouTube, there are now 28.9 million subscribers, which is a lot of people.

Then, Dream also has six other YouTube accounts where he plays games. These are not his main account.

Yet, no one knows who Dream is. They all have shows that you can watch every day! Many YouTubers can’t keep their private lives private, so this is a great thing to do even if they play and stream as much as him.

DanielTdm As a gamer, Robert Middleton is very well-known. While he is best known for his Minecraft videos, he also plays Roblox and Pokemon.

He built up his fan base on his YouTube channel DanTDM because he constantly posted about games there (apart from others). Now is the time if you want to give him a follow or watch a few of his videos.

CaptainSpaeklez is different from the other people on this list because he’s also a well-known electronic musician. Having a steady 11.3 million fans and only getting bigger and better!

The real name of the gamer: is Jordan Maron. His content is safe for kids to watch. That’s why CaptainSparklez is such a good YouTube Minecraft streamer to watch if you want to play with your younger siblings.

Jelle van Vucht is a Dutch YouTuber who started a gaming channel in 2014. He has about 22.7 million followers on the site. Catch his streams or listen to his vlogs to stay up to date! Jelly is a big fan of Minecraft, but he makes funny Letsplays where he runs around different games and wins.

Last but not least, Ranboo is another well-known YouTuber who broadcasts Minecraft and other video games. At 18, he is the youngest person on our list, but he still has about 3.9 million fans. He’s a fan favourite for sure.

There are a lot of people who stream Minecraft on YouTube. These are some of the best. It doesn’t matter which one you try. You’ll have a good time.