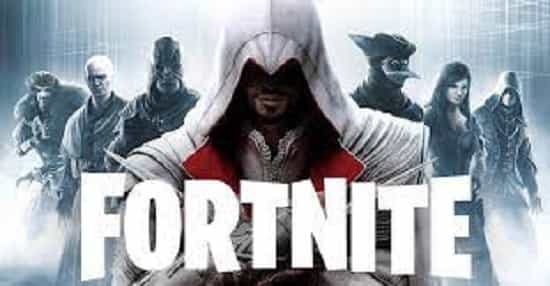 Leaked Assassin’s Creed Fortnite Skin:  In the last few years, Fortnite has had a lot of exciting crossovers with other games, like Minecraft. From movie icons like Ellen Ripley and Sarah Connor to superheroes and villains from Marvel and DC Comics. Fortnite has played by a wide range of people since it first came out. Some of these people are celebrities like Travis Scott and Ariana Grande.

Starting with Chapter 2, Season 5, Fortnite added a new subseries of characters called “Gaming Legends.” These characters were based on famous video game characters. Like Kratos from God of War and Ryu and Chun-Li from Street Fighter. Since then, Lara Croft and Aloy from Horizon Zero Dawn have added to the mix.

During a recent survey for Fortnite, Epic Games said that they wanted to work with many other characters from other games. But they wanted to know which ones they should start with first. A new leak says the first of these characters might show up soon, so that’s what we know now.

Ezio Auditore da Firenze is one of the main characters in Ubisoft’s Creed series. Twitter user Shiina, who has leaked news and material from Fortnite before, has shared the renders of the character. According to this picture, the skin for Fortnite will be based on Ezio’s appearance in Assassin’s Creed 2. This is where the character first came to life.

Assassin’s Creed: The Ezio Collection was released on the Nintendo Switch last month, and it’s nice to see Ezio is one of the most popular video games of all time, like one of the best. It now leaves many people wondering who will be on the island next.

It is now available for PC, PS4, PS5, Switch, Xbox One, and Xbox Series X/S. You can play Fortnite now.