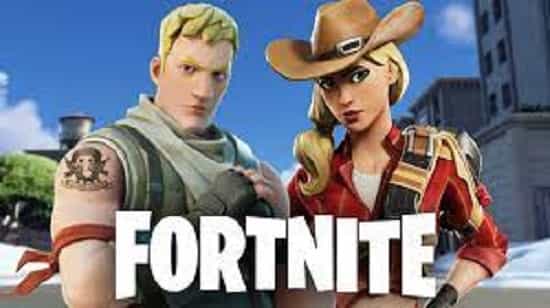 A new Fortnite update gives players more control options:  Because Fortnite is an online-based multiplayer video game, it will require periodic updates and patches to fix bugs and gameplay enhancements.

Epic Games recently released a new patch update for Fortnite known as v19.30, which includes more than a fair amount of improvements to Fortnite and some enhancements to the gameplay.

The latest Fortnite patch update offers several quality-of-life improvements to enhance the game’s gameplay. One of the modifications is the addition of Gyro controls for platforms support by gyro with flick stick control.

The changes for flick sticks were created through a partnership between Fortnite’s Fortnite development team and creator of the flick stick Julian “Jibb” Smart.

What’s different is that these “more robust gyro controls” add to the game on the Switch and Android. Along with those on the PS4, PS5, and PC, thanks to the patch update.

Users can enable the gyro control and flick stick options within the “Touch and Motion” tab of Fortnite’s settings. The video is also by Jibb, which release to explain the new controls for gyro options.

Based on Jibb, the brand new control of gyro within this game will allow players to have the ability to control their weapon and camera. Regardless of whether they hold power “upright, flat, or somewhere in-between.”

The players will change the camera’s position by simply turning the controller. While gyro-aiming allows players to adjust their aim in the game.

If users activate gyro controls without making any other changes. The gyro aiming feature is only active when clicking the button to seek or edit the building. This way, it won’t interfere with gameplay in any way.

When gyro aiming is on. However, players are still able to play with the right controller stick for camera movements and gyro aiming to line up their shots and track moving targets.

If gyro controls activate, players can use the flick stick feature to turn the camera of the game using the right stick. Flick stick controls allow players to move the stick’s right side in any direction. Allowing them to make a smooth and quick turn in the order they want to go in.

If the flick stick is activated when it is turned on, the post will turn the camera in Fortnite and give players fast and precise control within Fortnite. However, it doesn’t allow players to rotate the camera upwards and downwards; therefore, players have to use gyro controls to use flick sticks to play Fortnite.

Fortnite is available for free for players on PC, PS4, PS5, Switch, Xbox One, and Xbox Series X/S.