Renata is being nerfed in League of Legends. 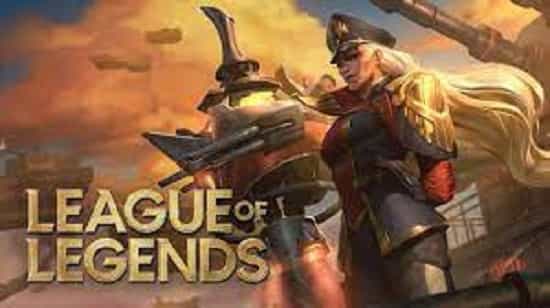 Recent characters like Vex and Zeri have brought new ideas to the long-running game, and Riot’s schedule of constantly making new unique characters has helped the game feel fresh with each new update. Now that the new Champion Renata has released. A Riot employee has said that Renata will get a lot of changes.

In February, Riot Games first revealed Renata Glass as the newest character in League of Legends’ nearly 160-strong cast. They described her as a noble from Zaun who used her chemical arsenal to boost her allies and keep her enemies at bay.

The chem-barons from Riot’s popular animated series Arcane compare to Renata, but she doesn’t show up in the show herself, which is why many people thought of her.

Following the release of Renata, a game designer for Riot Games named Blake Smith shared a set of changes to the Champion that he thought would make her better.

The post on Smith’s Twitter explains what Riot wants to improve with Renata, the new Champion for League of Legends. Since her launch, Renata has had reasonable win rates, and those numbers expected to rise.

Renata is being nerfed in League of Legends

She’s going to lose one point of her natural armour each level, which adds up to 9 points when the Champion reaches level 18. She’s also going to cut down on her passive, which now only increases by 3.5 per cent with each level.

Players who play Renata will also see a longer cooldown on her W. A decrease in the damage timer, and the amount of health Renata gives back to her allies when they die.

Renata Glass and Zeri, two new characters from Zaun, both come from the “undercity.” Renata is a chem-baroness, a member of the elite group of nobles in charge of Zaun. Many fans are wondering where these characters will fit in Arcane.

Zero is from the working class of the city. This is how it works: A lot of the ideas in Arcane are similar to these two characters. And some fans think that one of them might show up in the show’s second season.

Both Renata Glass and Zeri release at the beginning of the year. This means that Riot Games will have a big year again this year. In November, Ruined King release as a surprise. And more spinoffs are coming, like Song of Nunu, which will release later this year.

Arcane was a huge hit, and now Riot is starting to see the fruits of its “Riot Forge” initiative. With the confirmation of Arcane’s second season and other big projects in the works for League of Legends. 2022 looks like an excellent year for fans of the game.

It’s now possible to play League of Legends on a PC.