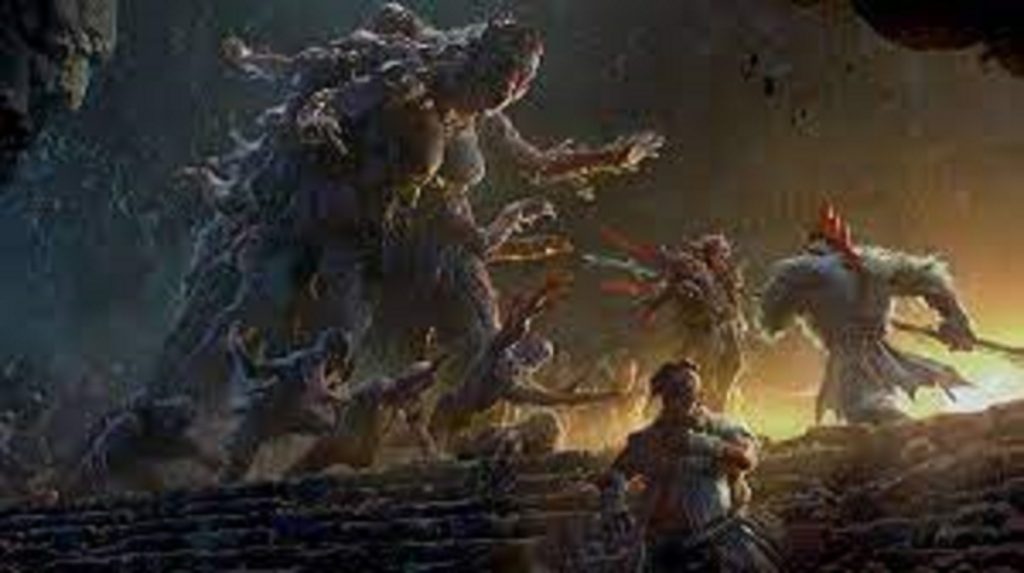 PUBG developer producing The Bird That Drinks Tears game: You probably initially think of the popular battle royale game PUBG Battlegrounds when you hear the term Krafton. However, other fantasy projects  developed at the company besides the impending Assassin’s Creed crossover game.

The next Krafton project, based on a well-known series of fantasy novels, has made public.

Although the title of Krafton’s next game is still unknown. We know it inspired by Lee Yeongdo’s critically acclaimed The Bird That Drinks Tears fantasy series.

Although the game’s genre hasn’t been disclosed either, considering that’s how this kind of fiction often works, it’s likely to be an RPG.

There has been a ton of concept art released. In addition, the unidentified project’s official website displays what looks to be the whole party for the upcoming game.

We encounter four different races—a human, a Tokebi, a Rekkon, and a Nhaga—all of which should be well-known to book readers. But, of course, their names also need to be notable: Human ranger Kagan Draca, goblinoid Tokebi Henby, heavyweight Tynahan, chicken-like Rekkon Ryn Paye, and wizard Ryn Paye are the other characters.

Additional concept art depicts Ryn’s elder sister Amo, several stunning landscapes, and even a globe. Iain McCaig, a design director best recognized for his work on the Star Wars, Harry Potter, and Avengers movies, oversaw the production of all this imagery.

According to McCaig, “The Bird that Drinks Tears is unlike any other fantasy narrative I have read.” Instead, it’s an epic novel comparable to Dune or The Lord of the Rings.

The fantasy world is new and visceral, mixing well-known tropes with unique visions from dreams and nightmares. That is undoubtedly a great compliment.

Even though all we’ve seen thus far is concept art, we’re nevertheless excited about this project’s potential.

We seem to be making progress with what little we do know. At this moment, the amount of information unknown about the game might fill a book.

The game’s genre, release date, platforms, and even name are all still up in the air.