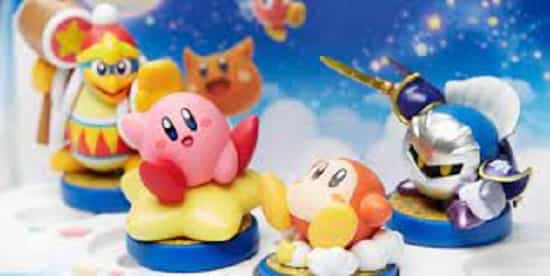 Periodic Kirby Amiibo Restocks on Amazon: The release of Kirby and The Forgotten Land is fast approaching, as are the amiibos. Restocks of these amiibos have been appearing on Amazon’s website without warning.

Since the debut of the first Kirby game in 1993, fans have become fond of the games and Kirby himself. Kirby and the Forgotten Land is the latest Kirby game. The gameplay is similar to Super Mario Odyssey, but with a larger, more open area with a Kirby twist.

According to Destructoid, Amazon has started receiving restocks of the Kirby and The Forgotten Land amiibos in waves. Restocks include blue-base Kirby (on a star), blue-base Meta Knight, King Dedede (Smash edition), and Waddle Dee. While others are sold out or priced beyond MSRP, Waddle Dee is still Japanese packaging.

There are five reprints in total, including Byleth and the four previously stated, due to current CPSIA certificates. Collectors should keep a lookout for more.
This is just for amiibo collectors as they aren’t precious for Kirby and The Forgotten Land.

Also, according to Destructoid, amiibos will use for bonus goods in the game, rather than other uses like The Legend of Zelda: Skyward Sword recently.

Fans have reacted differently to the Kirby and The Forgotten Land trailer. It’s frustrating that an amiibo that brings so many fresh ideas to the Kirby franchise gives bonus trinkets instead of something more useful. Other amiibos, like the Skyward Sword amiibo, allowed the player to fly without a Bird Statue.

This is excellent news for those who missed the initial debut of these amiibos. However, it would have been good if the Kirby and The Forgotten Land amiibos had more purpose. For example, they combined copy powers from Kirby and the Crystal Shards from previous Kirby games.