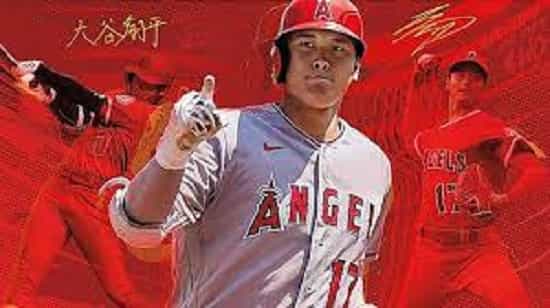 MLB The Show 22 Introduces New Legend:  When it comes to sports gaming, one of the many things fans enjoy is playing the game as both current and legendary players and then mixing them to make a fantastic team. Using this feature, new players can learn about players from the past. When MLB The Show 22 comes out on the Nintendo Switch, it’s going to be a lot of fun again.

A new Legends player will be coming to the game in a tweet from the official MLB The Show account. Many baseball fans are already making guesses about who it will be or who they’d like to see in the game. An official announcement will be made on Thursday.

After a leak, Derek Jeter was shown as the cover athlete for the Deluxe Edition of MLB The Show 22. This surprise announcement comes just a few days after that. Gamer’s noticed that the game’s Nintendo Store page didn’t show the cover art for Shohei Ohtani.

Instead, they saw the cover art for the New York Yankees legend, with the same artistic style as the Ohtani cover. So it’s fair to wonder if we’ll find out who the baseball legend is this Thursday. One thing to note is that the picture of the mystery player is a left-handed batter, while Jeter right-handed.

Two weeks ago, MLB The Show 22 announced that Justin Morneau and Joe Mauer, the Minnesota Twins duo that took the baseball world by storm in the mid-to-late 2000s, were coming to the game. You can probably expect to learn the name of the player who just joined Legends on Twitch at the same time, too.

In addition to Morneau and Mauer being part of the Diamond Dynasty mode. Mauer can find in the Digital Deluxe Edition of MLB The Show 22 if you buy it. It will be interesting to see how the third Legends player comes into play.

Many people are excited about the Legends roster coming to the Nintendo Switch for the first time. In the picture, a left-handed batter show. Chase Utley, who played second base for the Philadelphia Phillies and the Los Angeles Dodgers, fits the ball.

Another idea is to look for someone who can play well with one of the current Legends players, like Randy Johnson or Ryan Howard. As they did with Morneau and Mauer, and play well together. On Thursday, MLB The Show 22 will show off the big news.