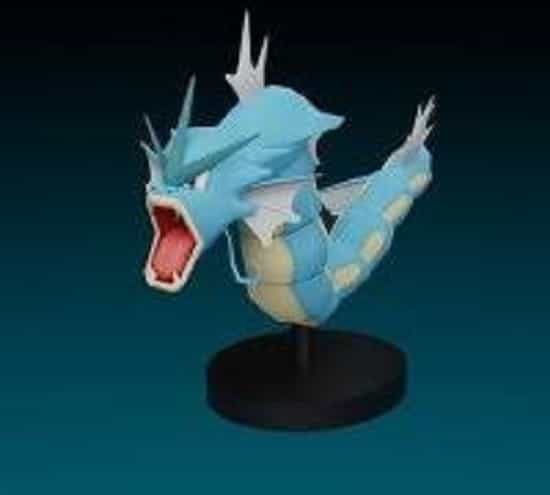 Gyarados and Onix 3D printed by Pokemon fans:  Over the years, the Pokemon games have had around 900 cute and scary monsters to look at, but the original 150 found in the Generation 1 games often thought to be some of the best.

Many of the original Pokemon are still crucial to the franchise today. Both in competitive battles and in things like anime, movies, and manga series. It’s time for two Pokemon fans to show their love for the first generation of Pokemon by making huge 3D models of Gyarados and Onix.

People who like Pokemon have made 3D-printed Pokemon figures before. But this one may be one of the most impressive in terms of the size of the constitution itself. Even though the size and weight of each Pokemon can be different. The default sizes for Onix and Gyarados put them on the list of the giant Pokemon ever.

A video on Reddit called TBOPFalconWAR showed a 3D-printed Onix figure made out of rocky parts. This Onix figure is about three feet and two inches long. This isn’t even close to the size of the real Pokemon, which can grow to 28 feet and eight inches long. There must be some elastic that holds the details of the sculpture together like the Pokemon in question.

This figure, too, is made up of separate parts that look like overlapping lumps of muscle and scale. People say that the figure is more than a foot longer than TBOPFalconWAR’s Onix figure, but it’s not as accurate to the game as the Onix figure.

Gyarados is bigger than Onix. This might be interesting to gamers. Onix is usually shown to be much bigger than Gyarados, which generally offered to be about 21 feet and 4 inches long by the Pokedex, even though both aren’t real.

They also look very different. The Onix figure made of rough stone, while the Gyarados figure looks like it made of blue plastic that hasn’t painted.

However, it should note that Gyarados has a lot more colors and intricate design elements than Onix. Which is a little more straightforward. The person who made the Pokemon figure may want to finish painting the details in the future.