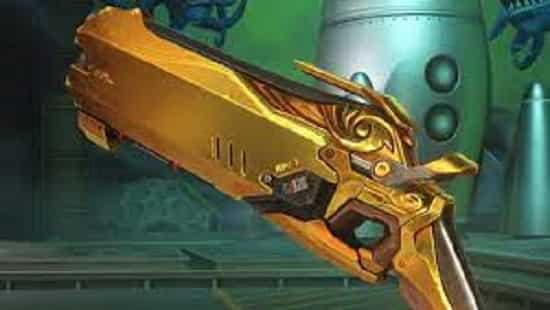 Dusk Reaper with Golden Guns:  The “Reaper’s Code of Vengeance Challenge” began on February 22 and will end on March 8. In it, players can get Reaper’s new “Dusk” skin, which looks excellent when players equip golden guns to the hero.

Many people have been waiting for more information about Overwatch 2 for a long time now. There are still many things you can do in Overwatch before the sequel comes out. To get the “Dusk” skin, player icon, and spray for the next few weeks. They need to buy them from the store.

Reaper took on some of the game’s other heroes in the trailer that came out yesterday, like Ashe and Soldier 76. These rewards were shown off as Reaper fought against them.

Fans also found out that they could win other sprays by watching streams on Twitch, as well. Reaper in his “Dusk” skin, with golden guns, was also shown after the trailer came out.

One picture shows the whole body, and the other shows the golden guns as Reaper crosses his arms while holding them.

People who enjoy getting skins, sprays, and player icons will be happy to know that they can keep getting them through events like this. Many people who like the game may also be excited because they can only get Reaper’s golden guns if they play competitively.

If Overwatch’s next game doesn’t come out for a while, fans still have a lot to enjoy now. They can also play all of the Arcade and Game Browser games. The 32nd season of Competitive Play is also a good time for people to team up and fight against each other. When you play until March 8, you can look forward to getting these rewards.

If Blizzard Entertainment takes their time with Overwatch 2, it will be a better game than fans will enjoy more. The first game has a lot to offer until then.

Overwatch can play on the PC, PlayStation 4, Switch, and Xbox One.