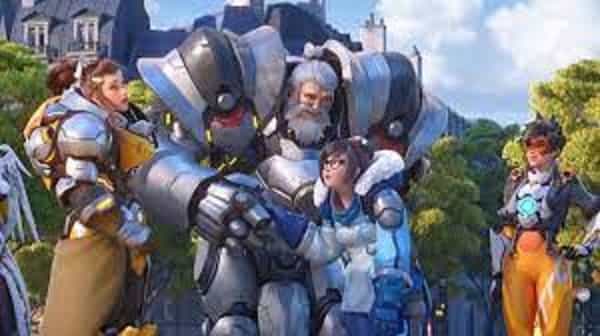 Zenyatta from Overwatch 2 doesn’t skip leg day:  Exercise is essential, and anybody trying to shape and develop their physique at the gym should remember one timeless adage: never miss leg day. You don’t want a jacked gorilla core standing on top of a pair of chicken legs since a body is only as strong as the foundations that support it.

This gameplay, shared on Reddit by u/profane wings, demonstrates that, at the very least, Zenyatta does not miss his leg day. Sure, he’s a robot with no muscles to work on at the gym, but how does that affect things?

Zenyatta was given a new passive in the Overwatch 2 beta that dramatically improves their knockback while utilizing melee. The following video shows the end outcome of this buff!

The game’s play begins like any other, promising to show off the abilities of our Zenyatta player, GHOSTRICK. Instead of starting with a beneficial Zenyatta ult. The replay starts with our player kicking an unlucky adversary off the battlefield. Cool move, but where is the gameplay?

GHOSTRICK carefully positions himself at the top of the stairwell. Ready to defend the POTG from incoming adversaries who have no clue what they’re in for. A lone Hanzo is the first to ascend the stairs as their squad secures the objective. Trying to flank the opponent. GHOSTRICK’s well-timed kick sends the samurai flying off the board.

A wrecking ball follows closely after Hanzo, anxious to make up for their friend’s error and knock the opponent away like… A wrecking ball, for example. The Hammond collides with the Reinhardt, pushing him out of the way and sending him into our Zenyatta.

Another well-timed kick sends the wrecking ball through the goalpost. Creating a spectacular show that would make any soccer fan applaud.

And that brings us to the finish of our game. While not the most explosive POTG I’ve ever seen, GHOSTRICK demonstrates the significance of focusing on your glutes and thighs. All it needed was a few well-timed kicks to catapult Zenyatta to the top of the scoreboard and give his squad the win.

Remember GHOSTRICK the next time you’re working out and never miss leg day.