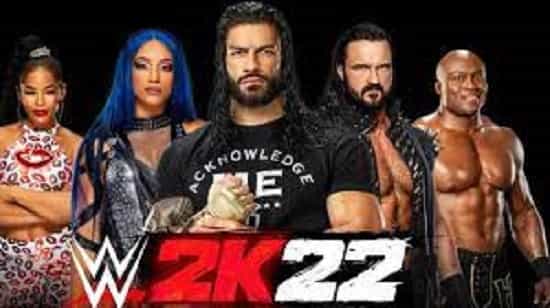 WWE 2K22 DLC Characters Announced:  On March 11, WWE 2K22 will release. Early access will be available to people who buy the more expensive Digital Deluxe and nWo 4-Life Editions, which will give them access to the game on March 8.

The game comes with 163 characters in the base game and 168 for the nWo 4-Life Edition. After the game comes out, more wrestlers will add as DLC. It looks like the PlayStation and Xbox stores have let the cat out of the bag about what WWE 2K22 DLC will look like.

The PlayStation and Xbox stores revealed some wrestlers who will add to WWE 2K22 after the game comes out. Yokozuna, LA Knight, Mr. T, Rob Van Dam, Stacy Keibler, and Stace Keibler are all coming to WWE 2K22.

A picture of the DLC season pass shows that they will be in the game. The DLC packs have also been named, including the Banzai and Clowning Around bags. The Most Wanted and the Whole Dam packs are also on the list of names.

They will likely spread out across the DLC packs. Yokozuna will be the star of the Banzai Pack, and Rob Van Dam will star in the Whole Dam Pack.

To this point, the only DLC character that has confirmed for WWE 2K22 is the musician Machine Gun Kelly.

It’s now clear that he won’t be the only celebrity in the game. It looks like Mr T will be a celebrity guest character for WWE 2K22, as shown in the promotional picture. This isn’t the first time these two have been on WWE programming.

Machine Gun Kelly famously got power bombed off the stage on Raw by Kevin Owens, and Mr T and Hulk Hogan teamed up to fight Roddy Piper and Paul Orndorff in the main event of the very first WrestleMania!

A lot of DLC characters for WWE 2K22 have leaked.

Rumours have also said that Ronda Rousey could be in future WWE 2K22 DLC. She recently made her WWE return as a surprise entry in the 2022 Royal Rumble match.

There was a fight, but Rousey won. She will fight Charlotte Flair for the title at WrestleMania 38. During the recent WWE SmackDown, the feud between Rousey and Flair has played out.

The two set to headline WrestleMania 38 on Saturday.

Rousey hasn’t been added to the WWE 2K22 roster as a DLC yet, so fans should keep their hopes in check. It will be a while before these stars come into the game.