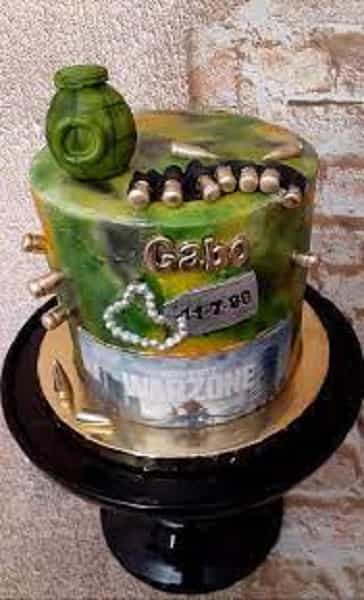 Warzone map hinted with cake:  Most Call of Duty fans are unlikely to characterize Warzone as “wonderful,” but some new teases are undoubtedly tempting. There will be a new Warzone map, and it will tease with cakes. Here’s where you can make an obvious Portal joke.

Call of Duty YouTuber @JGODYT shared the first of these cakes on Twitter. This might have “to do with [a] new map designed to be fast-paced and tight quarters,” as JGOD speculates in the tweet.

The cake, which has a map piece written on its icing, see briefly in the accompanying video. It depicts the map’s border, which looks out over the lake, with a point of interest labeled “Camp.”

Next, streamer @BearPigCentral teased us with a delectable tease. BearPig’s tweet uses the exact wording as JGOD’s, just in case you weren’t sure this was all planned.

The second cake depicts a different area of the map, this time with a “Bay” POI.

The bearing follow by @LuckyChamu, a Call of Duty content developer. While their tweet wasn’t as scientifically stated as the previous two, it did illustrate a different part of the globe.

It’s a more extended look than the others, revealing a POI dubbed “Town” in what seems to be the new map’s northwest corner.

Dexerto’s Call of Duty HQ, @CharlieIntel, has started gathering these photographs in a thread. Offering a quick overview of all the map areas disclosed thus far. In addition, there are other POIs call “Terraces” and “Smuggler’s Cove.” It also helps in determining the new map’s scale.

These hints seem to be putting together the new Fortune’s Keep Warzone map.

The smaller, close-quarters approach is reminiscent of what Call of Duty accomplished with Rebirth Island, which provided a more condensed option to the original Verdansk map. Fortune’s Keep is likely to do the same for Caldera.

Of course, Warzone 2.0 is in the works, but no release date for the battle royale sequel has established yet. Its map (which supposedly serves as the DMZ multiplayer level in Modern Warfare 2) has also spotted online in mock-up form. A second map is also said to be coming to Warzone 2.0.