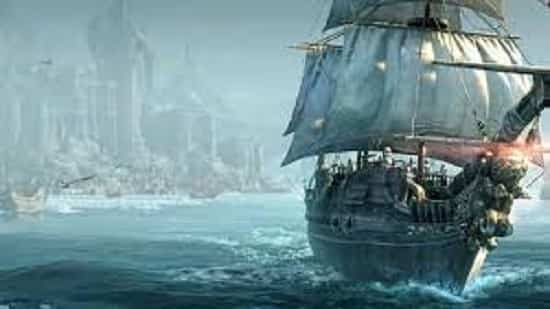 Unlock Ships in Lost Ark: Lost Ark has an immense Map that consists of several continents. To get to these Continents isn’t an easy job. It is necessary to travel across vast expanses of the Ocean during the game.

Ships enable players to travel across the Oceans to reach the numerous islands available. For that, it permits players the ability to use vessels. This tutorial will teach players the steps to Unlock ships within Lost Ark.

How to Unlock Ships in Lost Ark?

The ships that are found in Lost Ark are mid-to-end-game items. When you reach levels around 35-37, You will receive your Quest to Set Sail.

After the Cutscenes are over, you’ll be aboard the deck of a ship, and you will have been able to unlock them in Lost Ark. Then, in East Luterra, at the Wavestrand Port, you will meet and then hire Eshu as your first crew member. Then, you’ll need to speak to a handful of NPCs.

Now, you’re prepared to set off on a trip to wherever on the Map.

To access the Ship to use the Ship, all you need to do is open Map. Map and then click the Set Sail button.

Another option is to access your Ship via your port. At first, you’ll be given the choice of selecting from three Ships. In the future, you’ll be capable of purchasing all the ships when you can meet their conditions.

You’ll need to fulfil this requirement since the Oceans of Arkesia is filled with dangerous sections and turbulent seas. The various ships in Lost Ark can handle different types of challenges. Once You unlock the Ship you have chosen to use in Lost Ark, you also unlock new zones, new missions, new POIs and more.

This guide was concerned with unlocking Ships within Lost Ark. I hope this guide helped you set sail on Lost Ark’s waters. Lost Ark. It is also possible to look over our tutorials on How to Fix the Lost Ark Disk Write Error.