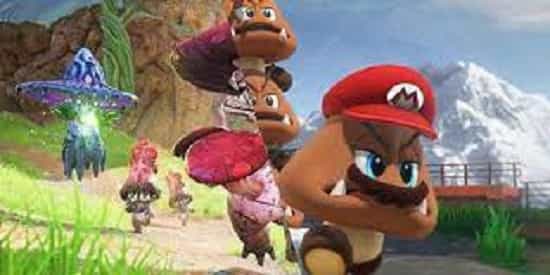 Gamers worldwide are already making new protagonists and translating characters from other games into the unique anarchic style of Borderlands with this character creation system.

Now, a player will show us how they tried to make the famous Mario with Tiny Tina’s Wonderlands character creator.

Mario is one of, if not the, most well-known video game characters in the world. He comes from the Super Mario Bros. series. Gamers who have been making Mario characters and places in other games for a long time may not surprise.

As the game set in an in-world Dungeons and Dragons-style tabletop RPG campaign. It makes sense that this game would have a lot of different ways to play. The Borderlands games have a strong look and feel, which still limits these customization options.

Borderlands has an angular art style based on comic book art and has unique cel-shaded graphics, making it very different from Mario.
Drozdowski13’s Mario is in the Spore Warden class, which means that he has a mushroom friend with him.

Some people think of Spore Wardens as a kind of support class that focuses on giving people bad luck, but this Mario isn’t likely to be wearing cute costumes while he does it. He is shown to very tall and has a body that looks more like a superhero than the round shape of Mario.

Looking at his dark hair and moustache, it’s easy to figure out who the character base on because they are both sleek and bushy. Unfortunately, there aren’t many early game outfit customization options, so it can be hard to tell him apart.

He also doesn’t have his iconic hat. There are faded red armour plates on his body instead. They seem to wear on top of a blue undersuit. His arms very well-protected because he lost his white gloves.

According to drozdowski13, the game’s loot system still lets them change the characters’ looks. They’ve reportedly already found more red costume pieces and are now looking for a bigger moustache.