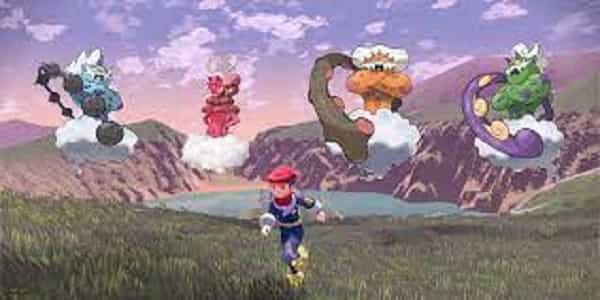 Thundurus Location Pokemon Legends Arceus:  Pokemon Legends Arceus allows players to experience the world of Pokemon in an Open-World game. It is full of adventure, action and the thrill of catching all Pokemon. After you’ve completed the Main Storyline, you’ll be able to complete a Quest and capture all Legendary Pokémon within the region of Hisui.

This guide will explain the location and how to catch Thundurus using Pokemon Legends Arceus.

Once you’ve completed the Main Storyline for Pokemon Legends Arceus, you will receive a Quest from Cognita. This Quest is only available after you defeat Volo and return to Cognita. You will receive the Incarnate forces of Hisui Quest.

This Quest will require you to capture the Forces of Nature Pokémon. To obtain Thundurus from Pokemon Legends Arceus, you must visit his location in North of Sand’s Reach, Cobalt Coastlands. You can’t just show up at the spot whenever you like, however obvious it may seem. You will need to travel there in a Thunderstorm. Either waiting or sleeping can do this until you have the weather.

Thunderstorms will be marked by an icon at the top right of your Map. Go to Sand’s Reach if there is a Thunderstorm. You will see Horn-like structures in the ocean. Multiple Tornadoes surround Thundurus. This is how Thundurus can be found in Pokemon Legends Arceus.

How do you catch Thundurus?

Thundurus can be caught in the same way as other Pokemon. It is nearly impossible to see him if you don’t fight him. An Ice and Rock Type such as HisuianAvalugg will give you a better chance of taking him down. An Electric Type is another option if you need a Pokemon that can resist Thundurus.

You can battle Thundurus, bring it to Red Health and then spam as many Super Balls until you catch Thundurus. To make it easier to see Thundurus, you can inflict status effects such as Paralysis, Sleep, or even Frostbite.