The Hundred Constructs a Space Cricket Ground in Minecraft 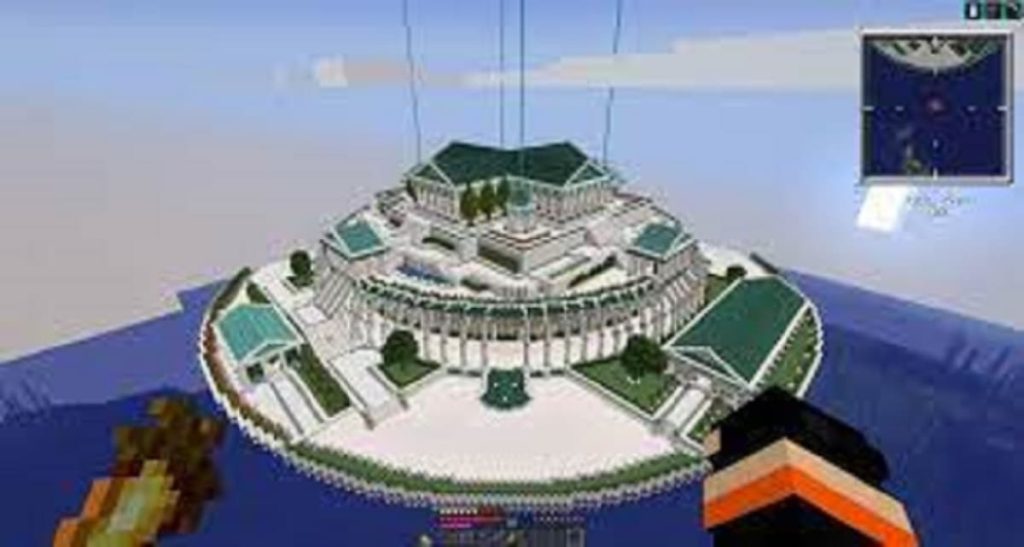 The Hundred Constructs a Space Cricket Ground in Minecraft:  For years, the world of Minecraft has been one where everything is conceivable. Microsoft’s blocky world is, in the opinion of many. The first and finest sandbox, regardless of whether you’re creating a cute little cottage or attending Cambridge University.

The UK’s 100-ball cricket tournament, The Hundred, teamed up with a group of young Minecraft fans to create a space-age cricket stadium. The game was designed to make cricket more interesting for people who can’t bother to sit around for days on end waiting for the rain to declare a match a draw.

It’s a remarkable project and the only fan-built cricket field in Minecraft right now. So, if you want to compete with the Space Bowl, you’d better start working on yours!

The inside of The Hundred’s Minecraft cricket stadium, the Space Bowl. Fireworks are above the field, and the pond is on the left.

The 100 Fans Create a Massive Cricket Stadium in Minecraft

A panel of judges, including Issy Wong, a Birmingham Phoenix and England fast-medium bowler. And several senior members of The Hundred team, received drawings from ten youngsters. So, some sage eyes.

The contestants, aged seven to sixteen, each had their original ideas for the stadium design. All of which have been included in the final Space Bowl.

We can only hope that technology will allow this Minecraft stadium to become a reality, complete with a massive main stage for non-cricket acts and a rooftop garden covered with flowers and other vegetation.

Position it between Earth and Mars and see how it performs. For a brief overview of the stadium, see the video below. You may download it here to explore it for yourself.

Even the Space Bowl’s blueprints are on display, showcasing the initial versions of the future architects’ concepts.

Issy Wong, a judge and seasoned cricket player offered her thoughts on the contest: “The degree of innovation shown in this tournament has been amazing. We received proposals far above our greatest dreams, and the finished product is a genuinely world-class cricket stadium.”

We’re glad that Samuel’s design select as one of the winners. One of the designers’ parents said of the 1.3 million block construction project’s outcomes.

Congratulations to Samuel and the other competition winners. I’ll start going to games more often when cricket stadiums include rollercoasters, disco lights, and a moat full of turtles and dolphins.

Remember that Gfinity is the most proper place for additional information about Minecraft, from the best seeds to all the most excellent mods.