The endgame will be easier with a Lost Ark update. 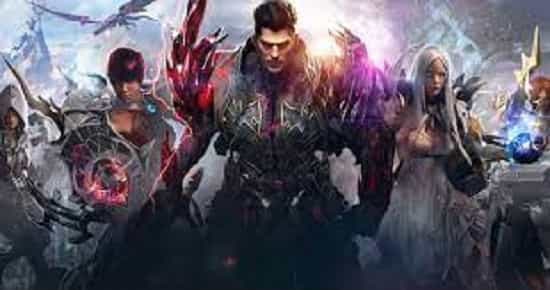 The endgame will be easier with a Lost Ark update:  Fans of the fantasy MMOARPG Lost Ark can explore the world of Arkesia in the game, and it has become popular since it came out. On the other hand, Lost Ark has problems that have made or made it difficult for gamers to play in one way or another.

Recent news about Lost Ark shows that the developers are already working to fix several significant problems. According to the post, the developers use player feedback and issues reports for Lost Ark to make as many changes as possible to the game.

If you read the post, you’ll find out about other changes that make the game. Including some that will make the endgame content easier.

Developers in Lost Ark are making changes to how hard it is to do the Guardian Raid and the Abyss Dungeon. The post says that the changes make because of a lot of different data and feedback. Including game data which showed that some raids and dungeons only complete by less than 10% of players. Differences will explain in full in this week’s patch notes for the game, and you can read them all.

The game’s creators want to ensure that new players don’t get frustrated with the game’s early content. That said, not all of the game’s future content will make it easier because the appeal of T3 and other late-game content are the unique and challenging mechanics that make them exciting and fun.

The post gives updates on other issues that are working on and changes in the difficulty level. One of the first things the developers worked on was the Crystalline Aura in Lost Ark, and they worked on that first.

People have been having problems with it for a few weeks now. It has fixed at the time of this post. There are times when Crystalline Aura and store items will not show up right away after players log in.

The post updates problems with Lost Ark’s matchmaking in the European Central region. It says that recent efforts weren’t enough. There is, however, a long-term fix that the development team is working on as a top priority. They have already found a possible solution and are testing it.

The developers are also working on problems with gold sellers and bots, which means spammers don’t stay in the game for more than 10 minutes before they kick out of the game.

There is a lot of time spent talking about downtimes in Lost Ark in this post. The developers want to fix things as soon as possible. According to the post, maintenance downtimes will happen “more often than normal” shortly. Which will not always be convenient for players to deal with.

They say that these downtimes are essential steps toward making Lost Ark better long-term. They plan to make them more predictable and easy for players in the future.

On PC, Lost Ark is out now.