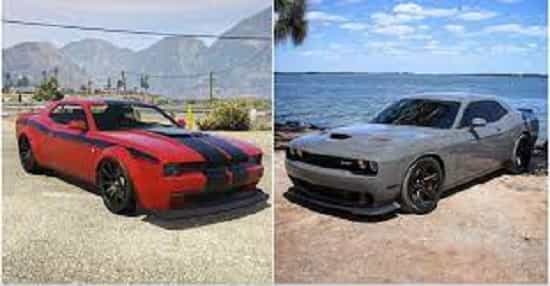 Strange Car Discrepancy in GTA Online:  A big part of what makes Rockstar Games’ video games popular is that they pay a lot of attention to every little thing. Games like Grand Theft Auto 5 and Red Dead Redemption 2 have been discussed and praised for having a lot of small things that make a game look great. But not everything in Rockstar Games’ games is perfect.

Recently, a player in Grand Theft Auto Online saw something that was a little weird about the cars. Even though there are a lot of cars in GTA Online, there’s a big difference between what a car can do and how many pedals it has.

The discovery was brought to the attention of the GTA subreddit by AlxR25, a member of the site. They say that the cars in GTA Online don’t have gearshifts, which means that all of the cars have automatic transmissions. There is a third pedal if you drive an automatic car, which isn’t what you’d expect from a manual transmission car.

Some players said that some cars have third pedals that can lock the parking brakes into place. This one isn’t in the right place in the car for that to happen. It also joked about that the third pedal could used to take screenshots or that the cars could have a second gas pedal.

However, it’s more than likely that one set of pedals made and used in all cars. The game didn’t have a first-person driving mode until the PS4, and Xbox One versions of GTA 5 came out. This means that few people would have noticed this before, and it didn’t change when the upgrade came out.

In the past, some people have said that the interiors of many cars in GTA Online look old. They have cassette players instead of CD players or even aux cable ports. Because these things do not affect gameplay unless the player is playing in a GTA Online RP server. The car audio options and pedals aren’t very important to the game. Except that they might make the game less immersive.

There isn’t much to go on when the next-gen version comes out in March. There will be many interesting things to see when GTA 5 and GTA Online move to PS5 and Xbox Series X/S. AlxR25, for example, is likely to be quick to point out weird things like this if they happen again.

Now play Grand Theft Auto Online on PC, PlayStation 4, and Xbox One. The PS5 and Xbox Series X/S versions are coming out on March 15.