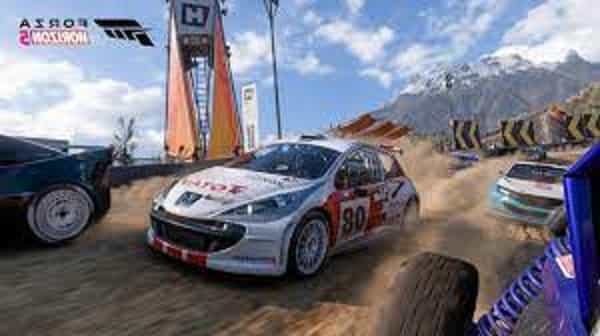 Steam spotted Forza Horizon 5 Hot Wheels DLC:  It was already reasonable to expect that Forza Horizon 5 would have DLC, mainly because Forza Horizon 4 had so much of it. While neither Microsoft nor developer Playground Games have made any formal DLC announcements, Steam seems to have mistakenly revealed the existence of the first expansion.

A Forza Horizon 5 DLC expansion listing was visible on Steam for a short time. It’s since taken down, but thanks to the wonders of the Internet, Reddit user Autumnal Leaves was able to save a copy.

The artwork for the expansion suggests that it will base on Hot Wheels.
The expansion’s particular contents are unknown, but this isn’t the first time Forza Horizon has collaborated with Hot Wheels.

According to the ad, the Premium Add-Ons Bundle will feature “the Welcome Pack, Car Pass, VIP Membership, and two game expansions when they become available,” according to the ad. This indicates that a second expansion will be released, although we know nothing about it.

Microsoft will almost certainly reveal the DLC during their Xbox presentation this weekend. Hopefully, it will provide more specific information, such as a publication date.

If it comes out soon, it will compete directly with the famous and best-selling Hot Wheels Unleashed. Warner Bros. and J.J. Abrams have also confirmed plans for a live-action Hot Wheels film.

It will be up to the gamers to decide whether or not they want additional Hot Wheels so soon.

How to Leave a Convoy in Forza Horizon 5?

Gran Turismo 7 Vs Forza Horizon 5 – Which Game Is Better?