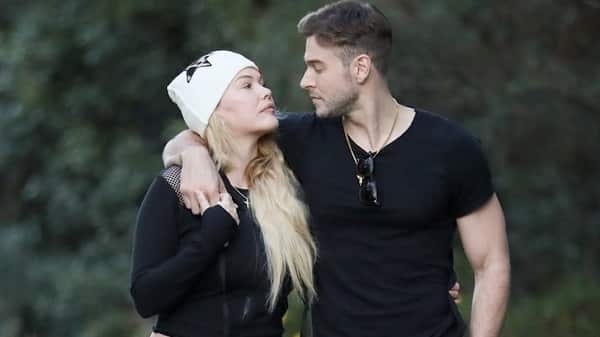 Matthew Rondeau, Shanna Moakler’s on-again, off-again lover, was arrested and charged with domestic violence. People enjoyed their connection when they were a terrific couple.

Still, things changed drastically when Shanna filed domestic assault accusations against his partner. They look to have reconnected for the second time. The couple was recently spotted together, just three weeks after the DV arrest.

Just three weeks after his felony domestic violence arrest, Shanna Moakler appears to be reconnected with her ex-boyfriend Matthew Rondeau.

Eyewitnesses have confirmed to TMZ that they are currently together. On Sunday night, Shanna and Matthew were spotted in Rhode Island. They had dinner at Opa Restaurant in Providence and lingered late, leaving at 1 a.m.

According to sources, the two dined out the night before at Los Andes in the same city. Shanna has been claiming she’s in town to visit her 86-year-old dentist father, but their latest meetings suggest they’re back together.

Their relationship has been rocky, and things reached a head in late February when Matthew posted an aggressive video on Shanna’s social media accusing her of cheating on him and threatening never to see her again.

Matthew was jailed for felony domestic assault after allegedly being physical with Shanna during an episode shortly after the video became viral.

He has finally been released from imprisonment. Let’s have a look at what occurs next. Fans will have to wait and see when this couple will make their relationship status official.