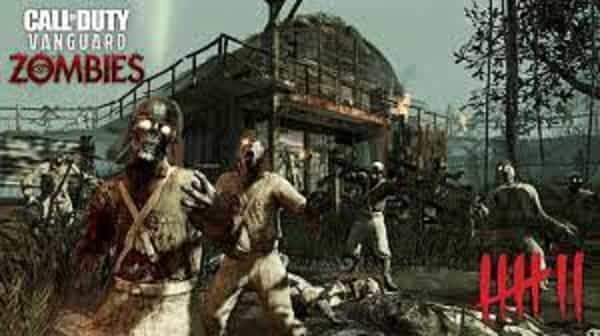 Season 4 of Vanguard will include Shi No Numa Zombies:  Since its release, Call of Duty: Vanguard has received countless improvements, and the following seasonal change is coming up shortly. What’s old is fresh again with Season 4: Mercenaries of Fortune.

Vanguard’s Der Anfang mode will use the legendary Shi No Numa map from the original Zombies.

Treyarch, the developer of Call of Duty, announced the news on Twitter, saying that players would “travel to the ‘Swamp of Death’ to unravel its mysteries.”

It also came with a striking new map logo. Including a demonic Der Anfang-style Shi No Numa moniker (which translates to the aforementioned “Swamp of Death”). Season 4 of Vanguard’s Zombies mode will include the swamp map when it drops on Wednesday, June 22.

Vanguard’s World War II setting may blame the shooter’s failure to live up to Activision’s promises, but it’s the ideal location for Shi No Numa to return.

We haven’t seen the Vanguard overhaul, but we know that it will have all of the fun features you’d expect from a new Zombies map. Such as the main quest, Wonder Weapon, Easter eggs, and more.

There will also be a new location that has never see in prior Shi No Numa installments.

The Call of Duty game Vanguard isn’t the only one receiving a new map. Fortune’s Keep will add to Warzone, giving players a more minor, intimate battleground.

Cakes were used to tease the map, with icing displaying its many components. There will be towns, bays, and coves in Fortune’s Keep where players may compete to be the last soldier standing.