RPG Cyberpunk The Ascent Coming to PS4 and PS5 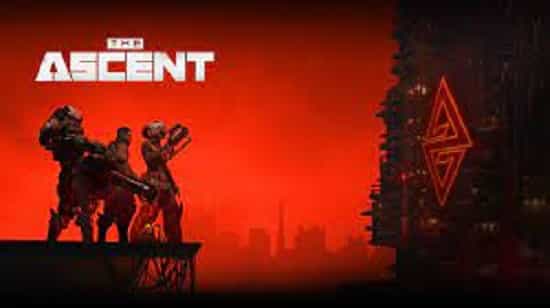 RPG Cyberpunk The Ascent Coming to PS4 and PS5:  The Ascent is the first game made by the indie game studio Neon Giant. It is a twin-stick Action-RPG shooter in the dystopian world of Veles. It had a bright look and design that some people liked, with neon lights in a dark futuristic setting.

The game came out last year, but there were some problems when it first came out. Most of these had to do with The Ascent’s Xbox Game Pass version. Even though there were a lot of technical problems, some people still liked what the game had to offer.

When The Ascent made, it was only available on the Xbox Series X for a limited time. It also came out on PC last year. It also helped that the game was on the Xbox Game Pass because it always adds new games to the service. Scarlet Nexus and other big-name games like this one have added to Game Pass often, making it a popular service for gamers to use.

Neon Giant, the game developer, said that it would be coming to Sony’s consoles very soon.
Looking at the ESRB rating, you can see that The Ascent will be coming to PlayStation. An official trailer for the game was posted on YouTube that confirmed that both PlayStations would be getting the game.

RPG Cyberpunk The Ascent Coming to PS4 and PS5

Developers of the game, such as Neon Giant studio head Arcade Berg, said that he was “thrilled” to bring the game to these consoles. The Ascent began because Berg and his team “love to make games,” said Berg. Please share what you’ve made with as many gamers as possible in the hope that they enjoy it as much.

You get a special weapon for The Ascent if you pre-order both the PS4 and PS5 versions of it. This weapon called the RPEG 33. This is a rocket launcher that uses energy. It has a laser sight that is different from other rocket launchers. The laser sight will be blue if you want to match the PlayStation’s blue color scheme. This also shown in the game’s launch trailer.

Neon Giant also said that The Ascent’s PC version would get a lot of new DLC and other changes. They can get the Cyber Warrior DLC Pack, which gives them two new weapons, a new tactical, weapon skins, and armor, among other things, for free. On the other hand, The Ascent is getting a New Game Plus mode for free, which promises to be a lot more difficult than the base game.