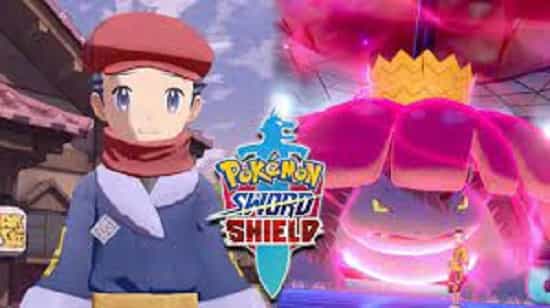 Pokemon Sword and Shield Confirms Pokemon Day Max Raids:  During the annual celebration of the long-running Pokemon series’ anniversary. The Pokemon Company has already made many plans to celebrate the hugely popular series’ big day.

The Pokemon Company made daily announcements this week about games like Pokemon GO and Pokemon Unite. Now, Pokemon Sword and Shield have confirmed that a trio of iconic Pokemon will feature in memorable Max Raid battles all week.

Pokemon Sword and Shield’s Max Raid battles were one of the game’s most talked-about features before it came out in 2019. It featured enormous monsters for trainers to fight in groups of 4, either with AI-controlled teammates or other players.

Sword and Shield have used Max Raids to go with many different things, both inside and outside the game. For example, they used them for World Penguin Day in 2021 and April Fool’s Day.

Now that Pokemon is getting ready to celebrate its 26th birthday. The Pokemon Company has said that the Kanto starter trio will be Max Raids with their Gigantamax forms in Sword and Shield’s celebrations.

Japan’s Pokemon website says that Pokemon Sword and Shield will have a special Max Raid mode for Pokemon Day that will feature Gigantamax versions of the three most popular Pokemon: Venusaur, Charizard, and Blastoise.

It starts on Tuesday and runs through the end of February, with the event officially ending on Monday, February 28th. Players will be able to fight these “supped up” start-ups. Max Mushrooms are also available to players who defeat the Gigantamax starters.

These mushrooms can use to change Pokemon into their Gigantamax forms or back to their normal conditions, and they can also use to get back to normal.

New events for Pokemon Sword and Shield came as a surprise to many fans. Pokemon already had another title out, Pokemon Legends: Arceus, last month. Sword and Shield’s latest big update came in October with the Crown Tundra update.

Many people thought the developer was done with Pokemon’s eighth-generation game because their attention moved to Arceus. Sword and Shield have been holding small events since Crown Tundra came out, and many of them have had Max Raids that were themed.

Only Red/Green/Blue, the games that first introduced Pokemon to the world, were more popular than those that came after them. Between the popularity of Pokemon Legends: Arceus and the long run of Sword and Shield. Pokemon has shown that it is still one of the best-selling gaming franchises.

It’s now possible to play Pokemon Sword and Shield on the Nintendo Switch.