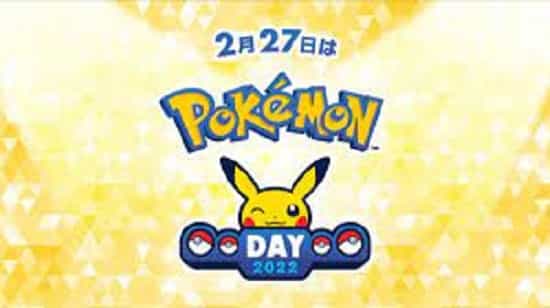 The company will likely show off some new information about games in the series. During Pokemon Day in 2019, “Pokemon Direct” was the only time there had been a Nintendo Direct-like video about Pokemon.

A day called Pokemon Day started in 2016, which was the 20th anniversary of the first games. Pokemon Day is celebrated on February 27th, which is when Pokemon Red and Green first came out in Japan in 1996. Changed it for the international versions, which came out in 1998.

There will be a new Pokemon Presents video on Sunday, February 27th, at 6 AM PT / 9 AM ET. They say it will run for about 14 minutes. There were no specifics about what might show off at the presentation.

With no idea what the Pokemon Company will have to show, a few likely candidates could show off. There are a lot of Pokemon mobile games and games for the Nintendo Switch that could show up.

More news will make in the coming days before Pokemon Day. Those Pokemon Sword and Shield Max Raids, as well as some of their mobile games like Pokemon Masters EX’s 2.5-year anniversary events, should keep out of the presentation or only briefly talked about.

It should end with big announcements, or it could just be a single announcement. This is how Nintendo Directs work.

There have been a lot of Pokemon Presents and Directs in the past. Still, they were usually about mainline games or significant expansions for games already out, like Pokemon Sword and Shield’s Expansion Pass.