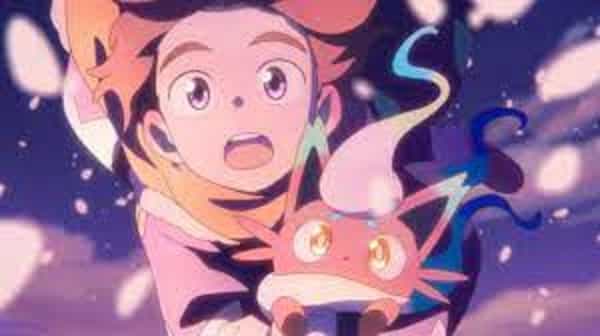 Pokemon: Hisuian Snow Episode 1 Is Fun:  The Pokemon Company has been doing some fantastic work with short animated films broadcast to their official YouTube channels over the last several years. Their most recent animated short, which is around six minutes long, is set in the early days of the Hisui area.

Pokemon: Hisuian Snow Episode One is a joy to see and leaves us wanting more. This new anime follows Alec, a little kid whose father informs him that Pokemon untamed animals with whom people would never get along.

Alec’s curiosity gets the better of him, and he goes into the woods against his father’s advice, where he meets a Zorua. It’s not just any Zorua, though; it’s gleaming.

Consider how sparkly your first Pokemon was! However, we’re unsure whether Alec appreciates how special this meeting is. The Zorua seems to be just as intrigued by him as he is by it, but the two strangers end themselves in danger together.

The short finishes are on a cliffhanger (literally), but we won’t give anything away. Chris Hackney, who played Dimitri in Fire Emblem: Three Houses, provides the principal voice of Alec, the main character. Both the animation and the music are excellent.

Pokemon: Hisuian Snow will have three episodes in total. We don’t know when the next two will release on their YouTube channel. But they should accessible within the next few weeks, and we’ll be sure to let you know when they are.