Pokemon Fans Are Debating Which Legendary Trio Is the Best 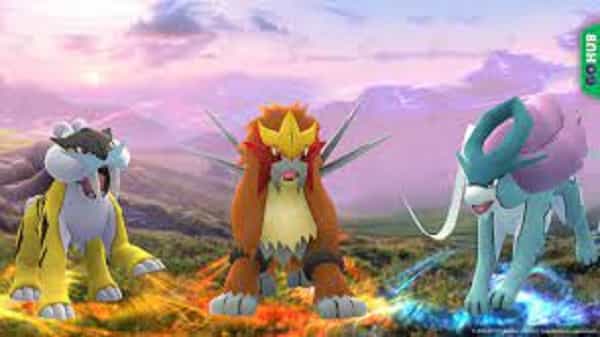 Pokemon Fans Are Debating Which Legendary Trio Is the Best:  The Pokemon series know for having cute little monsters with a lot of power. But some Pokemon are on a whole other level. Throughout the series, Legendary and Mythical Pokemon are often shown to have godlike powers. Many sets of these powerful Pokemon follow a specific theme. A group of Pokemon fans is arguing about which Legendary trio is the best one, and they disagree.

There is at least one Legendary trio in every Pokemon region. This is a group of three Legendaries that have mythological significance to the place where they live. Because they have strong relationships with each other and are very powerful. These three Legendary trios are different from other Legendary groups. In the first Legendary trio, the Legendary Birds were Articuno, Zapdos, and Moltres. They were the first three.

As part of the discussion, one Redditor asked which Legendary trio people thought was the best. Even though the poll only has six popular choices because of mechanical constraints. The conversation can be about any of the Legendary trios already out there.

Pokemon Fans Are Debating Which Legendary Trio Is the Best

AKSHAT1234A said that fans should choose the best Legendary trio based on how well they play, look, or tell the story. There aren’t always the most useful Pokemon in the competitive play and some of the most interesting in the games’ stories.

Many people right away said that the Weather Trio from Hoenn had the best lore. These three powerful Pokemon show potent forces of destruction that represent natural disasters. Furthermore, Rayquaza is a vast flying dragon that lives in the upper atmosphere and is interesting to think about.

This leads one fan to think that if the Pokemon universe has space travel, they might have to work around Rayquaza’s current location when they launch rockets because of where he is now. Another group, on the other hand, says that Johto’s Legendary Dogs – Entei, Raikou, and Suicune – are the best trio because they made Gen 2 players have so much fun running around the map.

The Legendary Birds are the best trio because they were the first and great bosses in the Pokemon Mystery Dungeon games. The new Galarian variants are now a two-for-one deal, so they have even better value. One person was excited about how Galarian Zapdos makes the player chase after it on their bike.