Playing Elden Ring with a PS5 controller after a rage quit 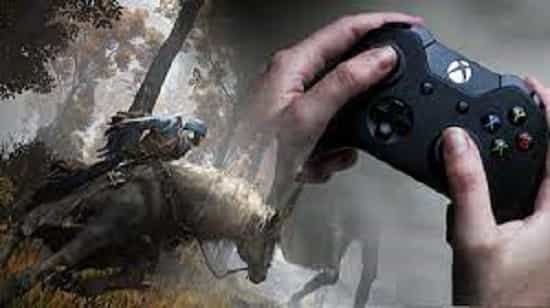 Playing Elden Ring with a PS5 controller :  Many people think that Elden Ring is the most accessible game from From Software to get into. This one has many features that might not found in other games when it comes to open-world games.

For example, it has many quality-of-life features that aren’t found in other open-world games. Players in the game Elden Ring don’t have to keep fighting the same boss because they can spend hours exploring the world and taking on the game’s many optional tasks.

On the other hand, Elden Ring still has some of the most challenging bosses from any game made by From Software. There are traps everywhere, pitch-black maze-like dungeons, and groups of deadly enemies that can attack from outside the screen. Fans love and hate these things about the Dark Souls series.

It’s normal for people to get angry at some of these situations, but one person took their anger out on their PS5 controller.

Weebfromkonoha shared their broken controller on the Elden Ring subreddit, and it looked like it had slice in half.

The post’s title says that Weebfromkonoha done for the night, but it doesn’t tell why. Most people would think that when a controller throw or slammed. Its parts would fall off and hit the ground, but this DualSense is wholly messed up.

This Reddit post is full of jokes and has more than 4500 comments. Many people talk about the messages players leave in the Elden Ring, while others say this is “Maidenless behavior.”

Darth-Panga says it’s best to leave the game before the Rage starts. This helped them get through Returnal last year, and they did the same thing. Another thing that people know about Returnal is that it’s very hard. And some people might have broken their controllers while playing through it.

There were times when they tried to fight a boss but didn’t have any luck. The following day, Oonz1337 said that they had won their first fight. They also almost broke their controller when they died to the Tree Sentinel boss, but they didn’t break it.

These features consistently praised, but some people have said that DualSense’s build isn’t perfect. Sony has released three new colors for the PS5 controller in the last few weeks. A report says that these new colors are less likely to have the same problems as the older ones.