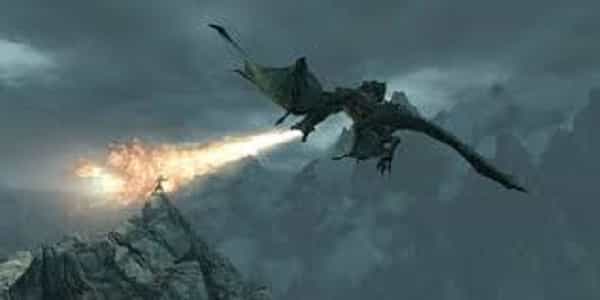 Paralyzing jelly prevents fall damage in Skyrim: Even though The Elder Scrolls VI is still a long way off, people continuously uncover new aspects of Skyrim. Recently, a player found a unique flaw that allows them to eliminate fall damage.

Players often find themselves at great heights in Skyrim, a reasonably hilly environment full of dragons. Therefore, the only safe route down is usually a gradual ascent.

If you consume Netch Jelly before you hit the ground, you can avoid being hurt.

Falling Through Skyrim and Getting Stunned

Even though it launched in 2011, Skyrim is still one of the most popular Elder Scrolls games. Unfortunately, while others modify to give unique experiences, players continue to discover new methods to break or abuse the game.

Even after all these years, new methods to disrupt the game have discover. The most recent being the Netch Jelly bug. When the player character falls, as seen in a video clip, they still have access to their stuff.

The player may drink the Netch Jelly just before reaching the ground, producing the paralysis state condition, which strangely eliminates all fall damage no matter how high they were.

The Netch Jelly Glitch is the most recent exploit to add to Skyrim‘s list of exploits. The Platter Glitch is one of the most well-known, allowing players to pass through walls and other barriers by utilizing this seemingly benign object.

Another well-known and convenient trick is to go to Jurgen Windcaller’s Tomb and spam the Activate prompt to acquire a boatload of free Dragon Souls. Unfortunately, both of these bugs are still present in different versions of the game right now.

It’s unclear if Skyrim will update in the future. Despite this, users continue to discover new aspects of the game they appreciate. Unfortunately, it’s doubtful that the Netch Jelly bug will be the last. It’s just a matter of time until someone discovers yet another odd exploit.