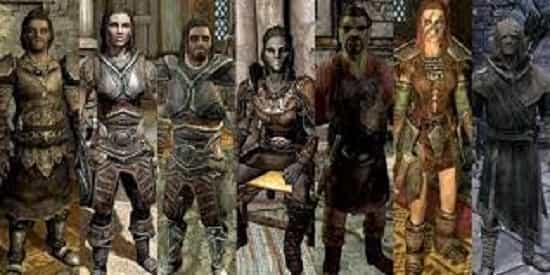 New Skyrim Mod Updates Over 100 NPC Models:  Most games can only dream of having as much longevity as The Elder Scrolls 5: Skyrim, which has been around for over a decade. Many people are very good at making changes to the game.

The Elder Scrolls series is full of mods, and fans are always eager to add their custom add-ons that make the game better or add new content. In this case, one person decided to change the game’s NPCs.

When GaranSilent put the files on Nexus Mods a few days ago, it showed how much can be done to make the already beautiful RPG look even better. “SOGS-NPCs Customizer” is the name of a Skyrim add-on that changes the appearance of more than 100 characters in the game.

There are a lot of great pictures of this mod on its official page. So it looks like the user has done a great job of giving the characters a whole new look.

It doesn’t say which characters have been changed, but images of some of them show that some have been better. One of them is the vampire companion Serana, and another is the College of Winterhold Altmer wizard Ancano.

Also, GaranSilent says that their mod is “standalone,” which means there are no other mods to install.

This means that users don’t need any other mods. They can install them even if there are different custom body types already in use. However, they say that the “SOGS-NPCs Customizer” is not yet “compatible with any change.”

If you think about it, Skyrim is one of the few games that have been around for more than ten years. Because of this, it has been around for a long time and still works. Surprisingly, fans are still finding things to do in the game.

Bethesda keeps re-releasing the game on new systems to keep the game fresh. But it’s the custom add-ons that change things up the most.

Some people are trying to get as much use out of Skyrim. As they can before the Elder Scrolls 6 comes out in 2024, though that’s just a dream. Even though there are a lot of great mods out there that make things better for the player base. It still feels like a long time before they give up on the game that’s been around for a decade.