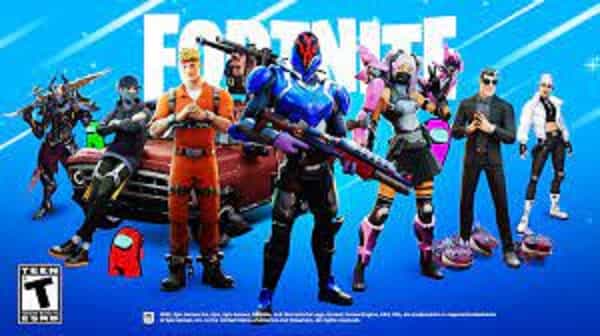 New Battle Pass Chapter 3 skins unveiled: Epic Games didn’t hesitate to show off some of the stuff from the forthcoming Chapter 3 Season 3 Battle Pass only minutes after the game’s in-game Collision event ended. According to recent teases, the pass will now feature at least three never-before-seen unlocked skins.

Furthermore, the Battle Pass looks to include new styles for each character and at least three all-gold Back Blings.

Epic Games reveals that the Chapter 3 Season 3 Battle Pass will include a female in a black and purple outfit, another in matte black body armor. And a man in a t-shirt adorned with triumph royale crowns on the Fortnite Lookbook website. According to fire monkey, a well-known Fortnite leaker, the new skins are Evie, Adira, and Malik.

The pictures also hint that each skin will have its own set of unlocked styles. For example, gamers seem to be able to modify Adira’s all-black armor to a pink and blue outfit.

Meanwhile, Evie see in a different outfit that includes sweatpants, basketball shoes, and a tank top instead of her dress. Those who visit the site will also see three of the Battle Pass’s golden Back Blings, which seem to be a set of pistols, a flag, and a shield.

Of course, fans looking forward to the battle royale’s next round of cosmetics may be in for more. Darth Vader and Indiana Jones were reportedly rumored to be making their Season 3 debuts. According to a 4chan picture from late May.

Although this has not been verified, it forecast the introduction of the Mecha Strike Commander skin for Fortnite Crew subscribers. When Chapter 3 Season 3 launches on June 5 at 6 a.m. ET, players will be able to see all of the Battle Pass’s goods for the first time.