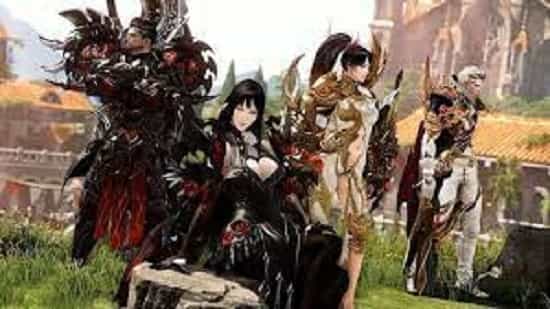 Mock Sorcerer’s Gear Progression in Lost Ark:  Smilegate’s MMORPG Lost Ark is a big hit, but the game is not without flaws. In addition to technical problems, the game has criticized gender-based classes. This includes the Sorcerer class, which is only for women.

People who play Lost Ark on Reddit recently had some fun with the Sorcerer’s clothes. One Reddit user noticed that “pants” for the Sorcerer class get shorter and shorter as their level rises, so they came up with a funny picture to show how the trend came to its logical end.

Reddit user ZhumosTheBlue made a picture of three pairs of pants arranged from the lowest to the highest level. The Blessed Earth Pants are level 70 and look like brown hot pants.

Sorcerer: “As a new player, I fully expect to get to the end game and be given two band-aids and a cork for armor.” Asked by another person, “What do most high-level sorceresses seem to be running around in?”

Even though that’s not exactly what the first comment said, it still shows that late-game items may not be very different from each other in terms of style. Another group of people said that the late-game Sorcerer gear in Lost Ark isn’t just sparse but also boring, which could be an attempt to get people to buy more expensive character skins.

They also said the Sorceress’s magic might power by photosynthesis. So their clothes let them get the most sun they can. Skimpy clothes can make it hard to play the game seriously. Lost Ark isn’t the only game that could get this kind of flak. Many have pretty female characters but don’t go as far off the rails as Lost Ark does.

After all the jokes, the lack of variety in the game’s clothes design seems the main thing people don’t like about it. These criticisms weren’t just about the Sorceress, though. Lost Ark’s Paladin and Bard also got a bad review for their clothes. Lost Ark’s controversial gender-locking might make it more noticeable than other games with skimpy clothes for women.

It is now possible to play Lost Ark on a PC with Windows.