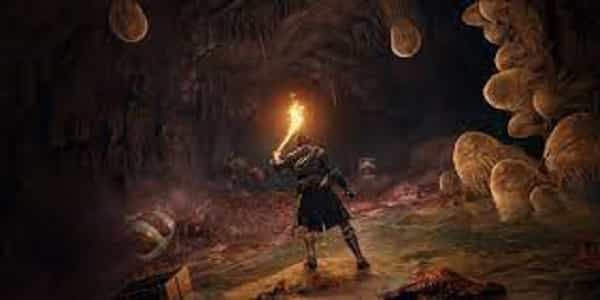 Melania Bug In Elden Ring After Patch 1.04: Melania is the only one who has experienced defeat More than ever. Your character’s battle with Melania is likely to be a one-of-a-kind, most challenging fight, if not the most difficult fighting in the game. Patch 1.04 doesn’t mention any modifications to Melania, and a severe issue has surfaced in your battle with Melania within the Elden Ring. Here’s how you can fix the problem until it fix.

Melania Healing Bug in the Elden Ring after Patch 1.04

If the initial fight was not tricky enough (where Melania could heal herself by attacking you even if you blocked her), Melania is now unable to heal herself. She self-heals constantly without even hitting you, rendering her (mostly) impossible to beat. She is so super-powered. Let me solo. She struggles to keep up, which can be a challenge for any player like me.

Be aware that this happens to those who summon another opponent to fight her. The only way to avoid the OP Melania boss fight is to fight her independently or play in offline mode. Of course, as it’s a bug, it may pop up even if you’re playing alone. However, it’s not as frequently as it would be when you play in co-op mode.

Several players have posted about this issue on Reddit, and even the game Let Me, Solo, Her has acknowledged the problem. Here’s a video from him that shows the current situation of the boss fight. Yes, there is still the possibility of reducing her fitness and beating her.

While we mentioned that there weren’t any particular changes on Melania during this update. The fact that this happens to co-op players speaks volumes. There is something wrong with the changes made to multiplayer.

There are many of them within Patch 1.04. For instance, the developers enhanced the online multiplayer’s stability and fixed bugs in Steam multiplayer, addressed some issues that occurred during the battle against Rennala Queen of The Full Moon, and more. Hopefully, this patch roll out soon, but if it isn’t, then only Let Me, Solo, She will be the only one to save us.