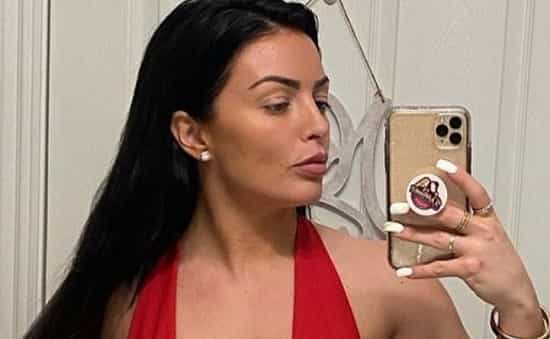 It is essential to choose someone that fans are familiar with when creating the brand’s face. Rose is an excellent choice for the NXT 2.0 women’s division. Because of her time on NXT 2.0’s main roster, audiences are familiar with Rose.

She posted a photo of herself in a red bikini in an Instagram post. This picture was a hit with many of her followers. The image was uploaded by her, claiming it was a Christmas gift.

“I thought I’d give you guys a quick Xmas gift while I’m on vacation @wwenxt.”

While she hasn’t held a title either on Raw or SmackDown, Rose has been featured since her debut. Rose is a strong influencer and an easy target for attention.

Rose has always been a potential major heel. However, with her faction backing her, Rose is considered one of the biggest threats to the company.

Rose radiates star power, from her looks to her promotional ability to the fact that the ring can support it all is a huge advantage.

Usually, WWE promotes romantic angles and showcases women in a new way. This is a stark contrast to how the division was previously shown where work rate was the key.

However, Rose has a lot of talent in the ring, but she is best at pushing the character’s work.

Rose is the perfect candidate to be the woman who ushers in the new era of women’s empowerment. Also, Rose has a track record of making these angles work.

Perhaps, this is why it was the right choice. If the management gives Rose a chance, her fans would be thrilled.