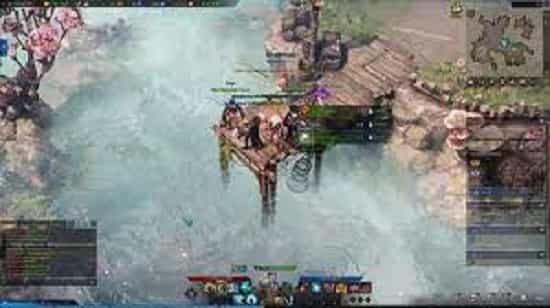 Lost Ark Opportunity Isle Guide:  Lost Ark has many Islands. Many of them are common areas. However, some event-base and only occur after certain Time intervals. When these islands create due to events, players have to rush into them as soon as possible to grab the resources they need from the Island.

One such Island in the game is known as Opportunity Island. When you complete the quests there, you’ll receive pockets that house Pirate Coins, Seal Tools, Seal Books, etc.

In the following guide, I’ll explain how to access Opportunity Isle in Lost Ark.

As I mentioned earlier, Opportunity Isle is a Calendar Event-based island that appears at regular intervals. It considered an Adventure Island, and it will appear every two hours while the event is taking place. Opportunity Isle in Lost Ark is located in one place that it can find in, between Northwest of Arthetine and Southeast of Cheshire.

Check it regularly since you do not want to skip finishing all the Quests on the Island. You can board it and take the Quest when the Island spawns. This is the Goldfish Fishing. It’s a fishing competition where the top 3 players who catch their biggest Fish will be awarded pockets as a reward.

It’s pretty worth the effort, so do all you can. Once the Quest has ended, You can go to the area shown in the above image to obtain Mokoko Seed. Mokoko Seed.

This is all concerning what know as the Opportunity Isle located in Lost Ark. I hope that this guide has given you some insight. It is also possible to look at our other principles, such as Volare Island Guide in Lost Ark.