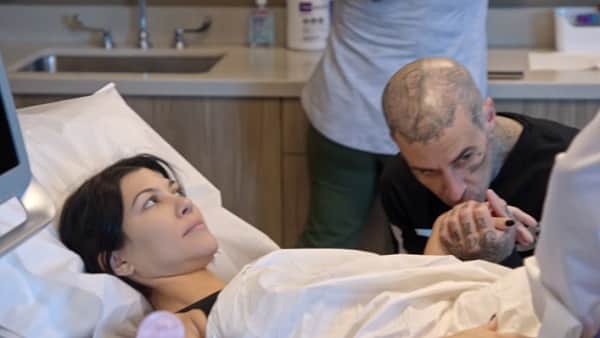 Kourtney Kardashian has officially disclosed that she and her fiancé Travis Barker are trying for a baby. Fans have been speculating for months that she is already pregnant.

Also, it was revealed in a trailer for the Kardashians’ forthcoming Hulu show. Even a hospital scene with Kourtney and Travis was hinted at in the trailer.

Kourtney had previously stated in her Variety interview that she would give up reality television to raise her children. She also hinted that the next Hulu show could be her final major television appearance.

Kourtney also appears to be paying heed to the pregnancy rumors circulating.

Kourtney admits in the trailer that “living without cameras was a significant change for us.” Following that was a scene of Kourtney kissing Travis in her backyard while her kids were playing. Fans caught a glimpse of Travis’ proposal later in the video.

Kourtney says that she wants more children after the proposal moment. The voiceover features Kourtney’s distinctive voice: “Travis and I want to have a kid.”

Following that, the pair were seen attending a doctor. Kourtney is photographed in a hospital bed. The doctor instructs the couple to “put a sample in this cup.”

Kourtney removes her microphone in the video, indicating that she wants solitude for her doctor’s session. Kourtney talked about preserving her eggs in the previous seasons of KUWTK.

However, this could indicate that Kourtney may conceive a child through alternative means, such as surrogacy.