How Malenia Survived the Battle of Aeonia 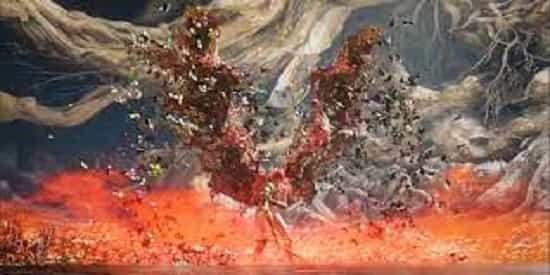 How Malenia Survived the Battle of Aeonia:  The rich lore of From Software games is appealing to players. Hundreds of objects, from consumables to equipment to spells, have their own written descriptions, often revealing game-changing information.

Elden Ring is the same. A new viral Elden Ring example explains a key piece in the game’s narrative around Malenia and Radahn’s struggle.

This conflict had no winner or loser, but it unleashed the Scarlet Rot, which poisoned Caelid. Despite this, Malenia and Radahn both survived the Battle of Aeonia.

How Malenia Survived the Battle of Aeonia

The narrative of Elden Ring reveals what happened to Malenia and Radahn. Neither came out untouched from the battle. But how Malenia survived remains a mystery.

The description on one of Elden Ring’s Spirit Ashes helped solve this. The ash for Cleanrot Knight Finlay tells that she carried the slumbering Malenia away after the Battle of Aeonia.

According to Cleanrot Knight Finlay’s ash, she fended off several adversaries while retreating with Malenia. She then took Malenia to Haligtree, a place dear to Malenia’s sister Miquella. There’s no explanation for why Finlay brought Malenia here. However, it’s presumed it was a safe or healing place for her.

According to the myth, Malenia stayed slumbering at the Haligtree until the player discovered them. Malenia was waiting for Miquella’s return, whose terrible fate gamers must learn. Finlay has become Spirit Ashes, found in the Haligtree.

Let’s sum up the story of Elden Ring using Cleanrot Knight Finlay’s Spirit Ashes. It establishes Malenia’s fate, the nature of her Cleanrot Knights, and the aftermath of the Battle of Aeonia. Insight into what players appreciate about Elden Ring.

Elden Ring is now available on PC, PS4, PS5, and Xbox One.