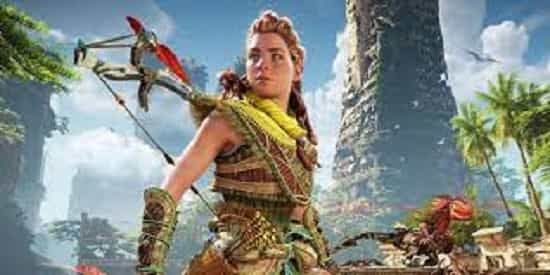 Horizon Forbidden West Player Discovers Touching Tribute:  As well as being big and open, open-world games like Horizon: Forbidden West also tend to have a lot of hidden things and Easter eggs for fans to find. The Witcher 3: Blood and Wine expansion has a side quest only found seven years after the game release.

Some of the side quests so well hide that they can be found for years. Players have found a lot of references to other movies and TV shows after the game came out earlier this year. These include Super Mario Bros, Star Wars, and more.

The game Horizon: Forbidden West has been getting much attention since it came out in February. Fans are already noticing the small things that developer Guerrilla Games has put into the game, like the small Cauldron icons on the machines that show where they made and how the Spear Drill weapon reacts to the object it is trying to drill through. It was one of the best games of the year.

However, the game also has a lot of more important secrets to find. Like a heartfelt moment that players can interact with.

Hermiona52, who goes by that name on Reddit, was exploring the western shores of Horizon: Forbidden West when she came across a beautiful spot that looked out over San Francisco in the distance.

With a mat that looks like Utaru, candles, and flowers all around. Aloy starts to read a note as time moves on. The message reads like this:

After reading the note, Aloy says that this person must have missed it. Which makes the sequence feel like a reference to something that happened in Horizon: Forbidden West’s world. In 2019, Patrick Munnik, a lead producer at Guerrilla Games, died.

Munnik also talks about the “In Loving Memory” section during the credits. Fans found out that this area built as a tribute and memorial to him. It’s a small island to the northwest of the boat launch that takes Aloy to the Isle of Spires. People who want to see the tribute for themselves can get there by taking a small boat from there.

In the games industry, many studios pay tributes and make memorials to friends, community members, and coworkers who have died. To remember someone, you can make a place that can be seen and kept. This is a powerful way to remember someone so connected to the game.

Indeed, Ubisoft paid tribute to a former Rainbow Six Siege player and caster named KiXSTAr, who died in a car accident last October. Adding a plaque with the player’s name and logo to the Airplane map, in the spot where he earned a 1v5 ace against the other team.